If you enjoy playing and driving games on your tablet device, you might be interested in a new rotating tablets stand which has been created by Diamond Media.

The new Diamond Media TAB360, has been specifically designed to be used with tablet racing game applications from 7 – 10.1 inch in size and provides 360 degree rotating motion. Check out the video after the jump to see the new gaming tablet stand in action. 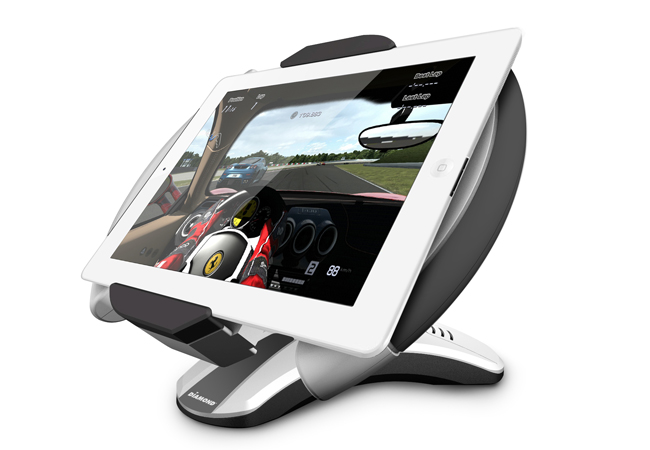 Diamond Media has equipped their stand with a Giro 360 degree will design consists of a three-dimensional ball joint driving rod and base, providing both a handy tablet stand and also a racing game wheel. 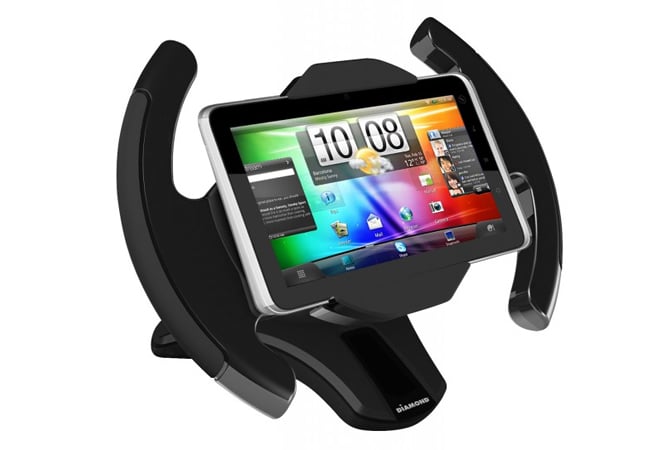