Diablo III players eagerly awaiting the launch of the new Real Money Auction House within the new Blizzard game. Will be pleased to know its been discovered by the Joystiq gaming website, via an in-game message that the new Diablo III real-money auction house is set to launch on June 12th. 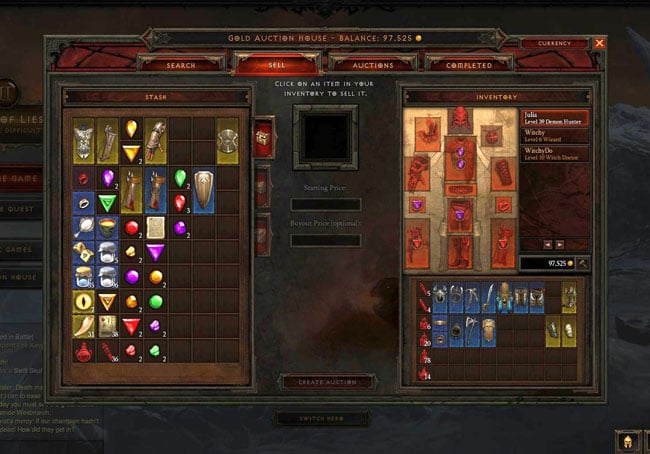 Blizzard say they are aware of the issues gamers are experiencing within Diablo III and are investigating the issues that are plaguing the game at the moment.

“We’re aware of an issue that is affecting our authentication servers, which result in failed or slow login attempts,” a message in Diablo 3’s ‘Breaking News’ module currently reads. “Attempts to log into the game yield the message that servers are down for maintenance”.

Even with a far for perfect launch and ongoing problems Blizzards Diablo III game has become the fastest selling PC game of all time.