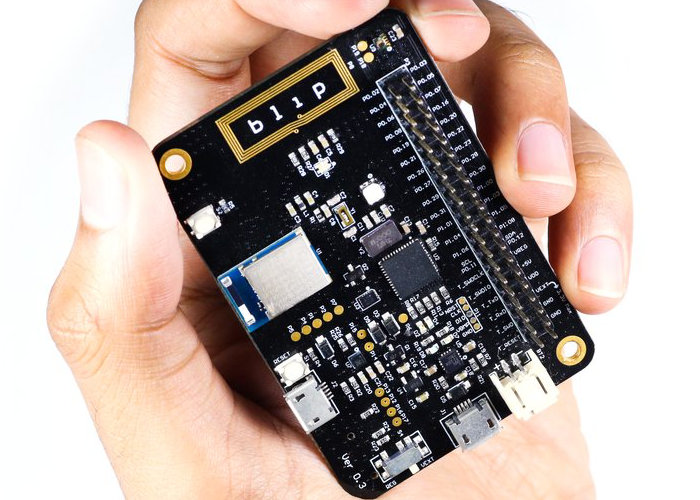 A new Nordic nRF52840 development board called Blip has been created by Electronut Labs the mean available via the Crowd Supply website with pricing starting at $55 with free shipping throughout the United States and worldwide shipping available for $8. Orders placed in September will start shipping during November 20

“Blip has a Black Magic Probe compatible programmer and debugger built in, along with a temperature/humidity sensor, ambient light intensity sensor, and a three-axis accelerometer. It can be used to prototype very low power devices. It also has provisions for a microSD card slot, which makes it a complete and versatile development board. Blip supports Nordic Semiconductor nRF5 SDK, Zephyr RTOS, Arduino and CircuitPython, so users can easily find resources to interface it with pretty much any hardware. There’s even an Adroid/iOS App and a Bluetooth web interface.”

Features of the Blip development board :