The Desk Pets TankBot comes with a dongle that is plugged into your iPhone, iPad or iPod Touch you will then be able to control the little robots movement via your iPhone. 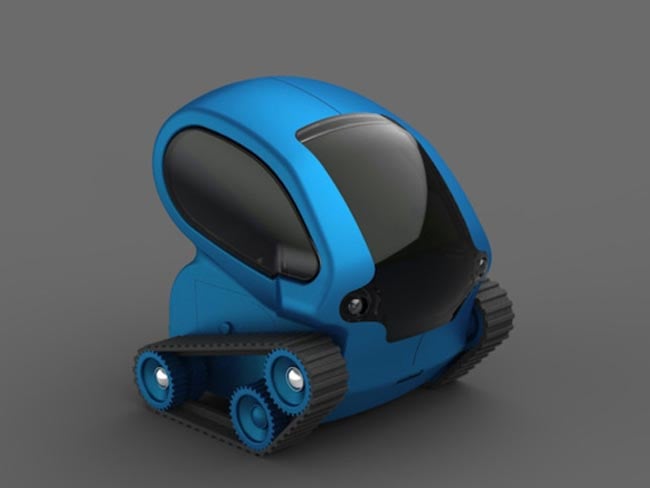 Utilizing Apple’s accelerometer technology, Desk Pets developed a program that enables TankBot to be controlled by simply tilting your mobile device. Tilt the iPhone, iPad, or iPod Touch forward and TankBot rolls forward, angle the phone right and TankBot instantly makes a right turn. TankBot even has a mind of its own. Switch to autonomous mode and using built-in IR sensors, TankBot can navigate a maze, avoid obstacles and interact with the users hand motions, all on its own.

The TankBot will go on sale in July, and it will be available in a range of colors which include, blue, green, black and orange it will retail for $20.