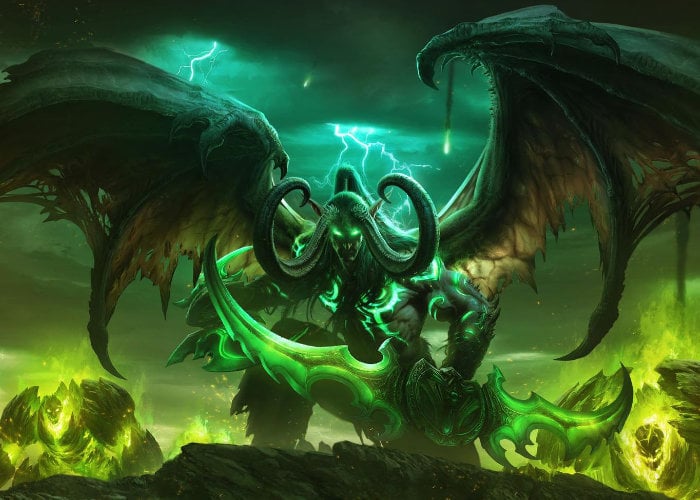 The new update for the Hearthstone game has brought with it the games first new class since launch in the form of the Demon Hunter. The Demon Hunter’s story campaign releases on April 2nd 2020 the Demon Hunter will be available to play on April 7th 2020.

“[Demon Hunters] don’t have much in the way of card generation, but you can run them out of resources,” says Chadd Nervig, game designer on Hearthstone. “They have card draw, but not generation, so you can fatigue them. They’re susceptible to hard removal. They also just don’t have much in the way of hard removal themselves; if they want to clear a big minion of yours, they have to use their face to do it. They don’t have any assassinate or polymorph cards.”

Players will earn the Demon Hunter upon completing the prologue and will receive, for free, all 10 Demon Hunter Basic cards, a 20-card Demon Hunter Initiate set (belonging to the Year of the Dragon for rotation purposes), and a pre-built Demon Hunter deck list—so long as they have an open deck slot. Starting with Ashes of Outland, 15 new Demon Hunter cards will be released with each future expansion in the Year of the Phoenix.

– The Year of the Phoenix introduces Hearthstone’s first new class since launch: the Demon Hunter! Embracing chaotic soul magic and fel energy, the fearsome Demon Hunter features an in-your-face playstyle, cutting down foes with weapons and claws, or crushing them with enormous Demon minions.
– Demon Claws, the class’s Hero Power, is a one mana-cost boost to the Demon Hunter’s Attack, designed around robust synergies with its class cards. The low mana cost of Demon Claws allows it to fit fluidly into curves, giving the Demon Hunter a unique gameplay feel.
– Mix and match Hero Attack buffs with weapons to trigger mighty attacking-related effects. Slice into enemy minions, using your own health as a resource. You’ll find the class lacks in direct sources of healing, but instead relies on smaller chip heals via Lifesteal.
– Illidan Stormrage, the newest playable Hero in Hearthstone, embodies the Demon Hunter’s class identity. He’s an aggressive attacker who leads his fel-infused forces into the fray. While other Heroes may buff and heal their minions, Illidan instead fuels himself with their souls when they fall in combat, taking vengeance upon his enemies.
– In addition to being aggressive attackers, Demon Hunters can control the battlefield with their fel magic, benefiting from the souls of their sacrificed Illidari allies, and finding devious ways to deploy massive demons to the battlefield far earlier than expected.

For more details on the new arrival jump over to the Polygon website by the link below.