Emergency response units do their best, but there are many incidents where they simply can’t get to the patient in time. One such incident is a heart attack. Many times the people calling emergency services for the heart attack victim are the only ones who can save the victim’s life, which is why a German non-profit group wants to make a drone that will fly defibrillators to people at a moment’s notice.

The group is called Definetz, and they’re drone design, called Defikopter, can travel within a six mile radius at speeds of up to 43 miles per hour. They designed the drone alongside drone-maker Height Tech over the last three months, and are seeking to make the drones available across the country. 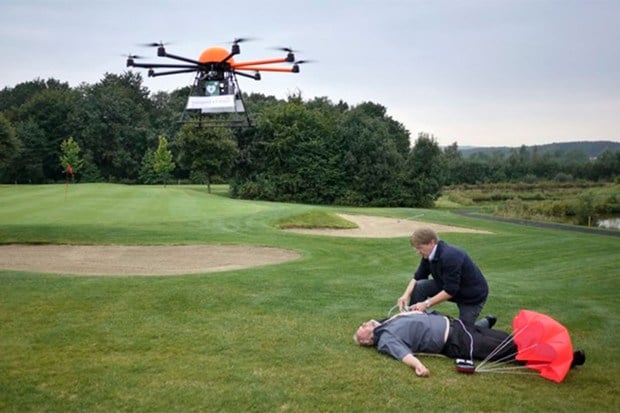 The drone works via a smartphone app that people can use to call the drone to their location in times of need, which is just one of its many downsides – the downside being that someone would have to have the app already loaded on their phone when someone started to have a heart attack.

Each drone costs about $26,000, which would total quite a bit if you had to place one every six miles. They’d also have to always have someone on standby because unmanned vehicles can’t be flown without human supervision in Germany.

It’s a cool concept. It just needs a little fleshing out and optimization to make it worthwhile. What do you think?