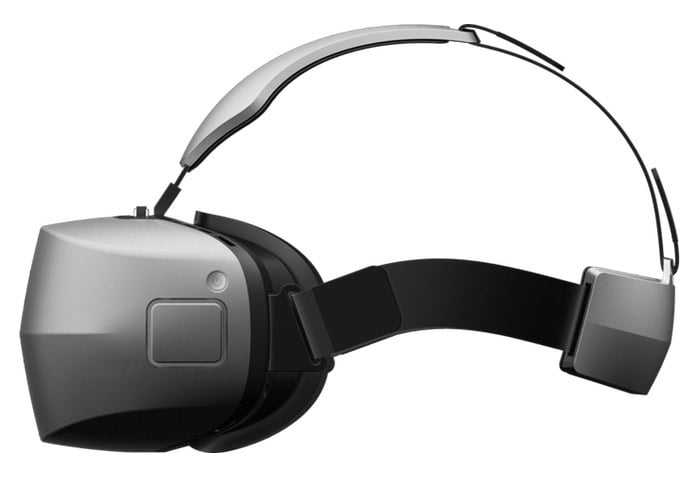 Those looking for a virtual reality experience that is untethered, may be interested in a new piece of hardware that has been created called the DeePoon M2. The M2 takes the form of a stand-alone VR headset that doesn’t require either a smartphone or a connection to a PC system via a cable.

To remove the need for a PC or smartphone the DeePoon M2 VR headset is powered by an integrated Samsung Exynos 7420 processor which offers an octa-core chip that is equipped with 4 x ARM Cortex-A57 and 4x ARM Cortex-A53 CPU cores, all supported by ARM Mali-T760MP8 graphics.

The DeePoon M2 VR headset is now available to preorder priced at $619 and even though the price may be in the same ballpark as the Oculus Rift $599 and more recently launched HTC Vive $799 there is no need to own or purchase a powerful PC rig to be able to enjoy the virtual reality applications and games.

For more information on the latest addition to the virtual reality headset market jump over to the official ARM Connected Community website for full details, that writes :

Latency (or the delay between real-life movement and the subsequent update to the VR display) can be a real issue in a VR experience. This is because noticeable latency causes a disparity between what your eyes see on the display and what your brain understands as the logical visual adjustments in real life, and this mismatch can lead to dizziness and nausea.

By allowing the GPU to render directly to the front buffer, bypassing the additional off-screen buffers used in traditional graphics rendering, Mali GPUs are able to significantly reduce the number of interactions taking place. This provides a latency guarantee and ensures the device remains below the 20ms maximum motions to photons latency prescribed by the industry as necessary for a great VR experience.