There is huge number of notebook coolers on the market today. These little trays are typically powered by USB ports on your computer that have fans to help keep the temperature of your laptop down. Most of them are made from plastic or aluminum and aren’t exactly attractive. 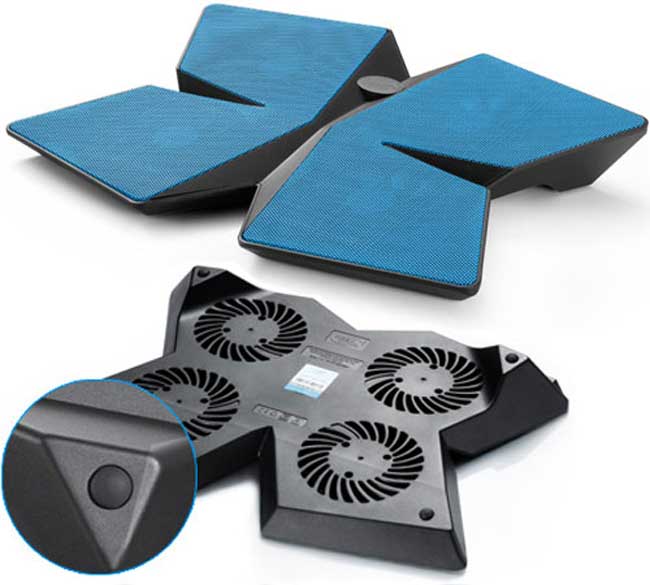 A company called Deepcool has unveiled a new notebook cooler that actually looks very interesting. It has an “X” shaped design with four fans. With four fans that operate at 1300 RPM it should be able to significantly tool your notebook.

The cooler also list the back of the notebook by about 8° for more comfortable viewing went on a flat surface. The manufacturer says that the fans produce 23 dB of noise when in use. If you need a notebook cooler, you might as well get one that looks cool like the Multi Core X4.