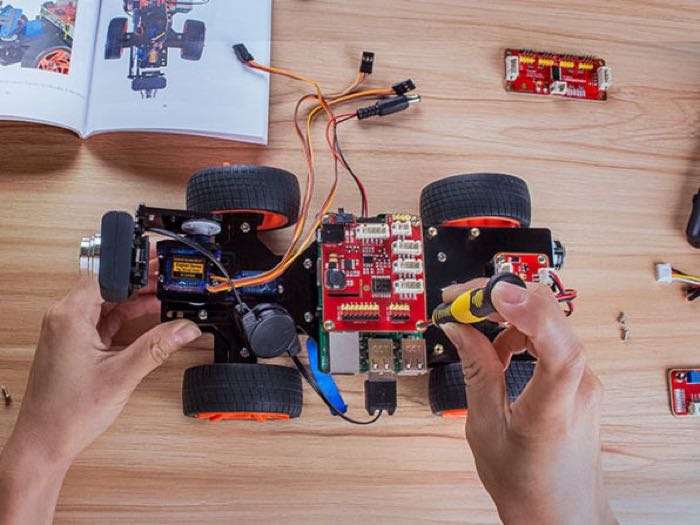 We have a great deal on the SunFounder Raspberry Pi Robot Kits in the Geeky Gadgets Deals store and there are two kits to choose from.

The PiCar-V is an open source robot learning kit on Raspberry Pi, and this deal even includes your own Raspberry Pi 3 board. Equipped with a wide-angle USB webcam, this car is powerful with three new circuit boards, but less complicated than other cars thanks to its simpler wiring and provided Python code. Go for a drive through your PC, mobile phone, or tablet – this car works with anything.

Head on over to the Geeky Gadgets Deals store at the link below for more details on the SunFounder Raspberry Pi Robot Kits.