Anyone looking forward to the arrival of third instalment in the Dead Space franchise, might be pleased to learn EA has announced that their new Dead Space 3 game will ship supporting Microsoft’s Kinect motion controller voice commands.

Dead Space 3 will be the first co-op game created by EA to use the Kinect voice command feature, and the drop-in/drop-out co-op gameplay will enable Dead Space 3 players to choose between a more traditional solo Dead Space adventure or experience additional story details and side missions if desired. 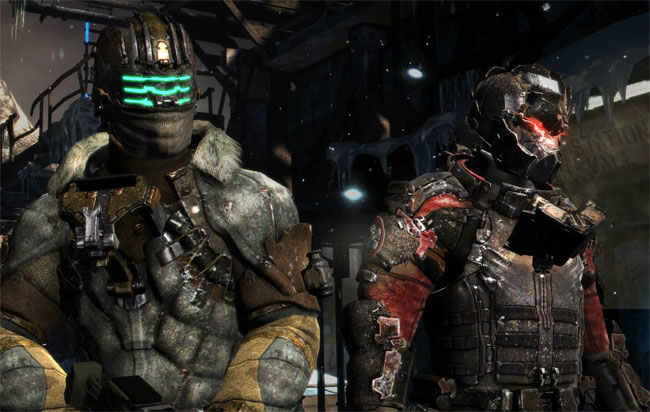 EA explained :”Kinect will make it easier for co-op partners to give each other health or ammo, find objectives, revive one another and more,”-“In Dead Space 3, there’s two ways to play. Do it alone as engineer Isaac Clarke, or team up with the dementia battling John Carver. See how the story changes as you play the two modes. Drop in, drop out online co-op makes it easy play your way.”

With developer Visceral Games’ VP Steve Papoutsis adding:  “The voice commands in Dead Space 3 give players a unique way to take down the terror, whether they choose to face the Necromorphs alone in single-player, or alongside a friend with drop-in / drop-out co-op.”

Dead Space 3 will be launching in early February 2013 for the PC Xbox 360 and PS3, and has been developed by Visceral Games.