At the Information Security Expo, a new system called Data Killer has been showcased by Platform of Japan, which is able to instantly obliterate data on on computer hard drives and magnetic media.

Data Killer is able to clean any size hard disk instantly by changing the magnetic alignments of the data to the same direction. Watch the video after the jump to see just how fast the process happens. 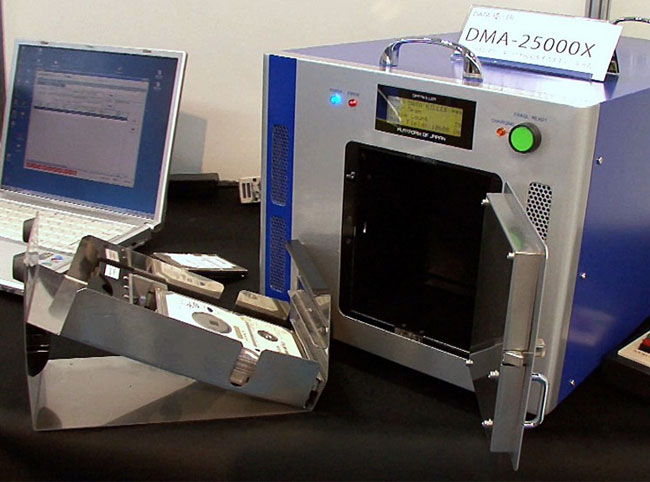 As well as being able to clean data from hard disk drives, it can also be used to clean magnetic tapes, which can then be reused. Platform explains:

“To put it simply, this is a device for wiping out magnetic data. Its strong magnetic field obliterates the data on a hard disk, so you can think of it as a “data crusher. It erases data instantly. If you have data you need to get rid of, Data Killer can do it without taking lots of time.”

The Data Killer systems come in various sizes allowing you to clean a number of disks or drives at the same time. Unfortunately no information on pricing or worldwide availability has been released as yet, but as soon as information comes to light we will keep you updated as always.