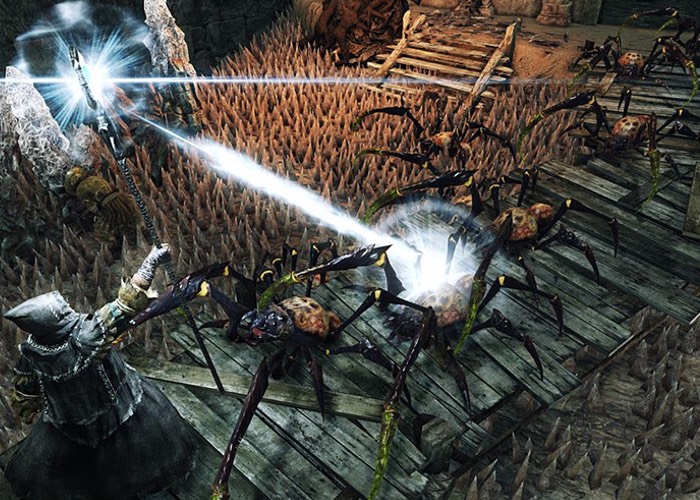 Dark Should II fans that have been patiently waiting the launch of the new Dark Souls Ⅱ Scholar of the First Sin, will be pleased to know that the digital version of the game is now available to preorder and pre-download for Microsoft’s next-generation Xbox One console.

Dark Souls Ⅱ Scholar of the First Sin is the definitive edition of Dark Souls II and includes all of the Dark Souls II content released to-date all within one handy package.

The release also brings with it a number of new features for fans to enjoy and includes an increase to the number of players who can participate within online sessions from 4 to 6 people.

Other features include tweaks to enemy placement that has now resulted in a completely different play dynamic than experienced in the previous Dark Souls II game. “Hardened players will have to forget everything they thought they knew about Dark Souls II.“ say its developers.

“All new graphics, leap from 30fps to 60fps at 1080p resolution, adding a whole new level of smoothness Players will be amazed by the dynamic contrast in visual fidelity compared to the original Dark Souls II. “

For more information on the new Dark Souls Ⅱ Scholar of the First Sin jump over to the Xbox One Store website for details and to pre-order your copy and download (12.2GB) it ready for its official launch on April 7th 2015.