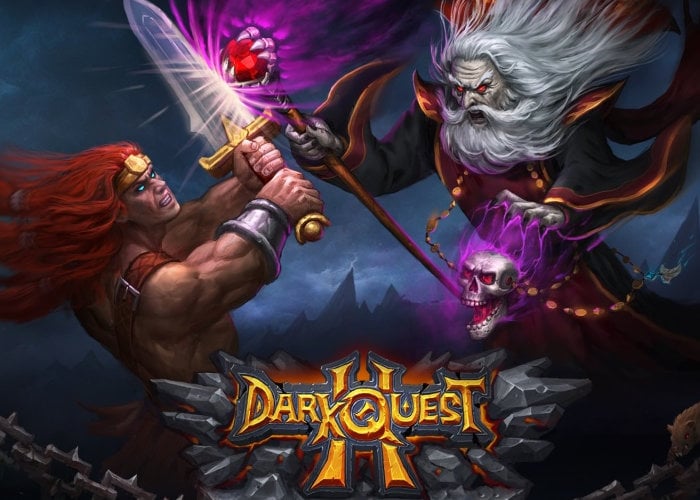 Game developers Brain Seal has this week announced the launch of its turn-based RPG inspired by legendary board game Hero Quest, is now available to enjoy on the PlayStation 4 console. Dark Quest 2 is a turn based RPG featuring a party based system where you control a group of heroes, in an isometric hand-drawn environment with dice based mechanics and more. To the PlayStation 4 announcement trailer below to learn more about what you can expect from the game which is also available on the Xbox One and PC systems via Steam.

– Each map is designed to take you through an adventure that will test your party’s strength, courage and sanity as you go deeper and deeper into the castle in search for the chambers of the evil sorcerer.
– Single-Player Campaign: Play a story driven campaign that takes you through a series of adventure on your epic quest to defeat the evil sorcerer.
– Multiplayer: Play together with your friends and complete the campaign cooperatively!
– Turn Based Mechanics: Every turn each of your heroes in your party can take one single action. Play wise and carefully or fall captive in the eternal prison of the sorcerer.
– Skull of Fate: In the darkest dungeons of the castle, when left with no hope your last and only way out will be to roll the skull of fate and reveal your twisted fate.
– Assemble a Party: Control a group of heroes each with their own personality and strengths. Use the unique strengths of each character and work together to defeat the minions of the evil sorcerer.
– Enter a world of fantasy and adventure: Explore twisted mazes, find hidden doors and fight bloodthirsty orcs!
– Village: Stay with the old masters and learn new powers, craft new weapons and mix potions that improve the capabilities of your heroes.