If you enjoyed the scene in Dark Knight Rises, which was highlighted in the movies launch trailer were Bane blew-up an American football stadium playing field.

You are sure to enjoy this quick video revealing how the special effects were carried out to create the awesome effect. Watch the video after the jump to learn more about the effects within the movie and see it being created. 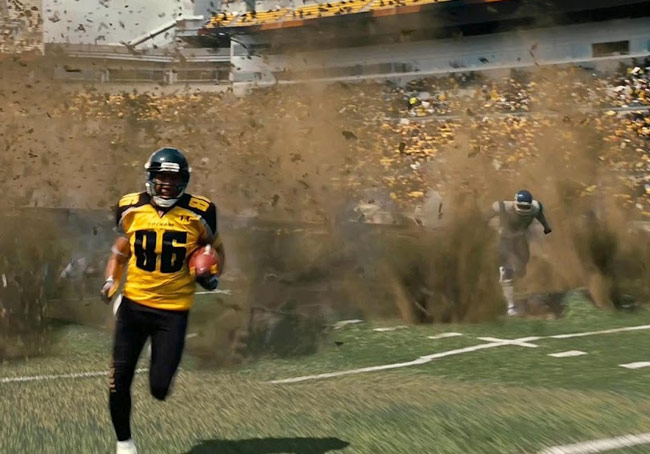 The Dark Knight Rises 2012 film is directed by Christopher Nolan, who co-wrote the screenplay with his brother Jonathan Nolan and the story with David S. Goyer, and stars Christian Bale, Michael Caine, Gary Oldman, and Morgan Freeman.

Featuring the DC Comics character Batman, the film is the third and final installment in Nolan’s Batman film trilogy, and it is the sequel to The Dark Knight movie which was released back in 2008.