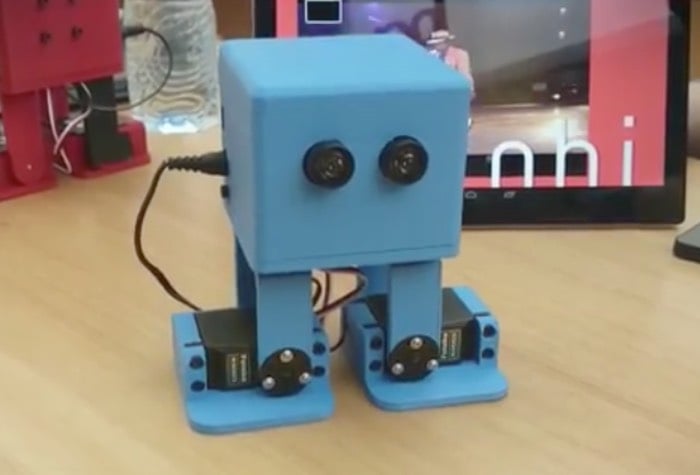 If you are looking to expand your knowledge of 3D printing and robotics you may be interested in a new cute little 3D printable robot unveiled by BQ this week that is capable of dancing.

BQ is the second largest smartphone manufacturer in Spain and has created robot kits before such as the Navarra, but has now unveiled this new 3D printable robot that can be seen in action in the video below.

When the new robot is launched in the near future, kits will cost under $100 and will be completely customisable by the user if they have a 3D printer. Although the outer plastic parts will also be available to purchase as an extra add-on for the kit.

Its developers explain a little more about the inspiration and the functionality of the new 3D printable robotic kit.

“Robotics is, above all, a means to learn. With robotics, children enhance their creativity, visual logic and social skills for team work,”-“In a world where the mastery of new technologies will soon be essential for any citizen, this kit is the first step to achieve our goal: to revolutionize the learning process, even from the very first stage, playing.”

The dance movements and the application that controls them are being developed in-house, working from our protocoder.org tool,” the company told 3DPrint.com. “We will release all the information when the product is launched.”

The cute Dancing robot is completely open source allowing anyone to modify either the software or hardware for their own non-commercial applications. As soon as more information is announced regards a release date we will keep you updated as always.