A new CyanoBoot bootloader has been unveiled this week for the Nook Tablet which has been designed by developer and hacker Fattire. Now that the Nook locked boot loader on the Barnes & Noble device has been circumvented.

The new CyanoBoot has been created to be used with the forthcoming CyanogenMod 9, but it can also be used to boot CM7 or Ubuntu Linux or even the stock firmware if required. 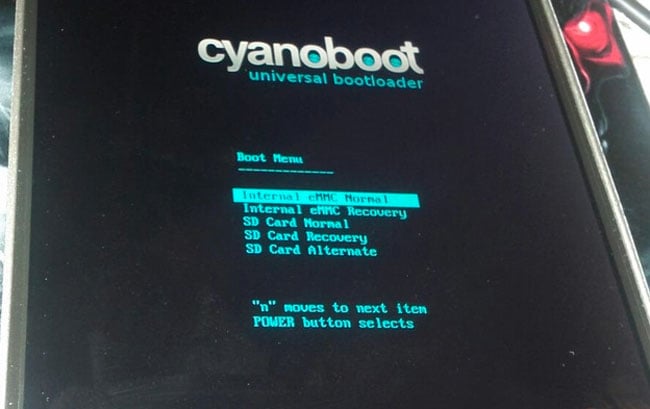 The CyanoBoot software is still in its alpha development stage and is still in its experimental stages. Its equipped with a on-screen menu system, together with the ability to boot into three basic modes : normal, recovery, and “altboot”, configuration modes options, fastboot, and more.

If you fancy giving the new CyanoBoot software a go, its developer says that it should start from both SD card and emmc “although it must be packaged and installed differently for each”, on both the 1GB and 512MB RAM Nook models.

For more information on the CyanoBoot bootloader jump over to the developers website for more details and if you are skilled enough put the boot loader through its paces.