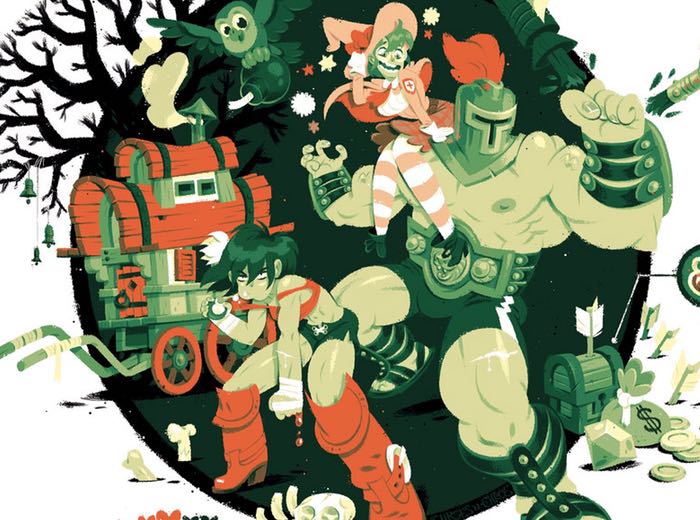 Jonathan Lavigne President of Tribute Games has this week announced that their new game Curses ‘N Chaos will be launching on the PlayStation 4 and PS Vita handheld games system on August 18th 2015.

Curses ‘N Chaos is a tribute to the golden age of the arcades and has been designed to enable all 21st century, as well as older gamers, to have as much fun now as back then playing those great games.

Check out the trailer below to see what you can expect from the new game. Lavigne explains :

At its core, Curses ‘N Chaos plays like a classic arcade game. You pick your character (Lea or Leo), pick a level, and start punching and kicking monsters solo or cooperatively. What’s special about the combat is that in addition to the smooth controls and lightning quick responsiveness, you have a huge arsenal of items at your disposal. In fact, enemies drop tons of items, so no need to hoard them! Use your items liberally, overcome all waves of enemies, and defeat the bosses!

FIGHT OR DIE! Cursed by the evil Wizard King, bounty hunters Lea and Leo are chased by every monster in the kingdom and the Grim Reaper himself! There’s only one way to get rid of the curse; the legendary Elixir of Life! But how to get the ingredients? FIGHT MONSTERS!