The Cubieboard is powered by a Allwinner A10 ARM-CortexA8 processor, supported by 1GB of RAM with graphics provided by the well known Mali 400 graphics chip, enabling otto support 1080p HD video playback. 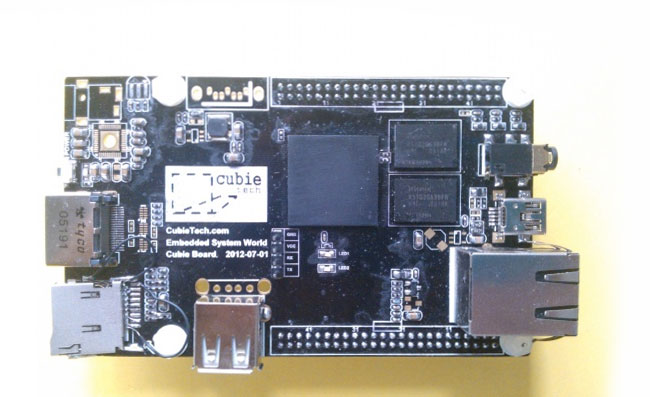 The Cubieboard also comes with two SDcard slots to expand storage, as no onboard storage is provided due to its developer board design. Allowing operating systems such as Android 2.3, and Google’s Android 4.0 Ice Cream Sandwich (ICS) operating system to be insatllaed as well as Ubuntu and Fedora is required.