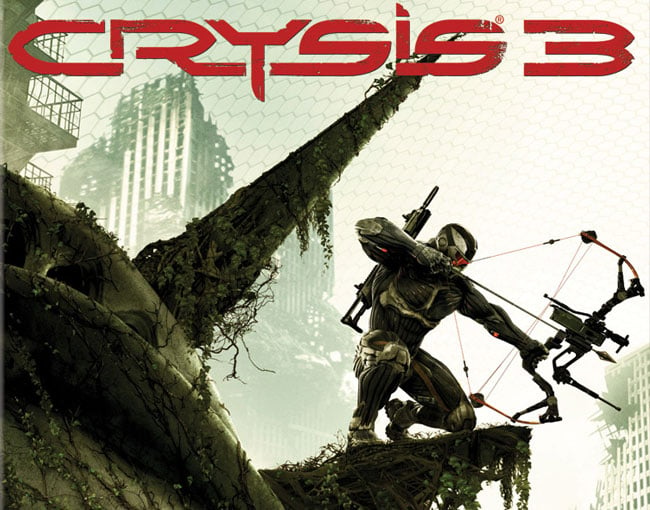 “Take on the role of ‘Prophet’ as he returns to New York, only to discover that the city has been encased in a Nanodome created by the corrupt Cell Corporation. Within the Liberty Dome, seven distinct and treacherous environments become known as the Seven Wonders. This dangerous new world demands advanced weapons and tactics. Prophet will utilise a lethal composite bow, an enhanced Nanosuit and devastating alien tech to become the deadliest hunter on the planet”

Crysis 3 is currently under development by Crytek and will be arriving on the PC, Xbox 360 and PS3, no official launch date has been announced as yet, but it will be arriving sometime in 2013.