Crytek, EA and Albert Hughes have teamed up to produce an episodic cinematic video series inspired by the upcoming first person shooter Crysis 3 currently under development by Crytek.

The “Seven Wonders” episodes have been created to set the stage for the world & story of Crysis 3, whetting gamers appetites before the Cyrsis 3 release in February 2013. 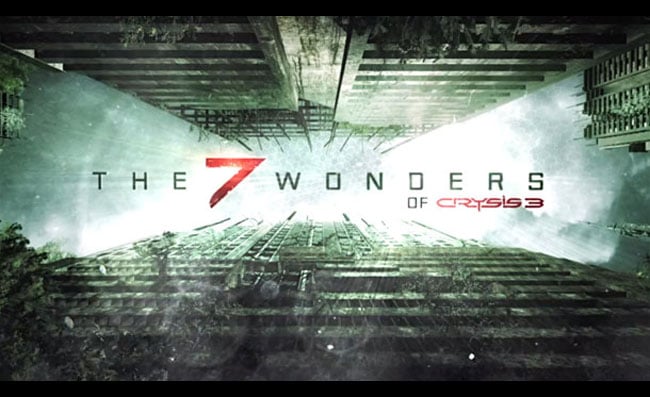 For more information jump over to the Crysis 3 The Seven Wonders website.