EA has today confirmed that its new Crysis 2 game is set to receive its first DLC content this month. With the release of the new Crysis 2 Retaliation Map Pack, featuring four new gaming maps.

The four new maps in the DLC will be named : Park Avenue, Transit, Shipyard, and Compound and all the maps are maps are supported across all multiplayer game types. Its guessed that the new Crysis 2 Retaliation Map Pack DLC will cost around 800 Microsoft points ($10). Check out the new map pack trailer after the jump. 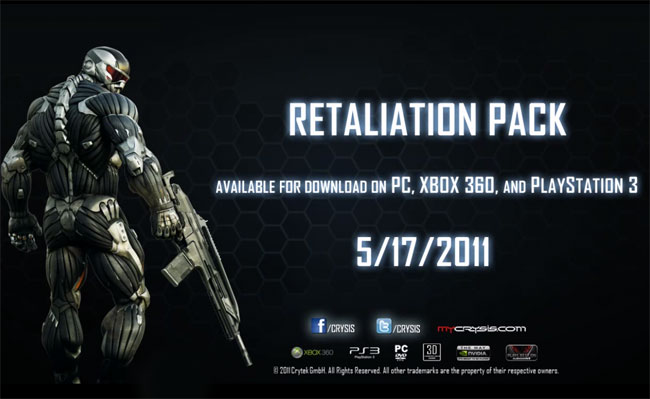 EA has launched the official trailer for the upcoming Crysis 2 Retaliation Map Pack today, and announced that the DLC would be released to gamers on May 17, 2011.