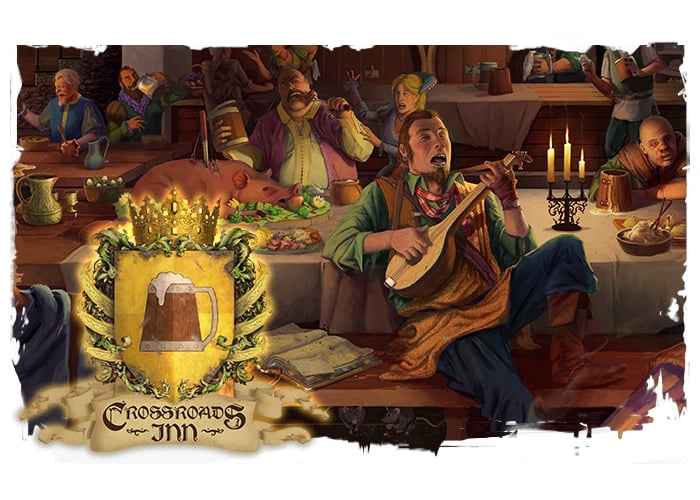 Gamers who have dreamt of owning their own mediaeval tavern will be pleased to know that a new fantasy tavern simulator Crossroads Inn has launched via Kickstarter this week. Enabling you to develop your own tavern and even “dared to seize the crown” one day. Watch the promotional video below to learn more about the game which is being developed for PC and Mac systems by Polish developer Klabater. “Dare to change your destiny in an epic adventure filled with bewitching characters, political intrigue accompanied with a lot of beer and savory food!”

Early bird pledges start from just $15 or roughly £12 and are available for the next 34 hours. Once development is complete the new Crossroads Inn tavern simulator is expected to launch towards the end of 2019.

“ In Crossroads Inn, you play as an owner of a tavern located in the heart of a fantasy land of Delcrys. Your tavern is situated directly next to borders of three powerful kingdoms, on the crossroads of the biggest trade routes. You face quite a challenge – how to survive in these difficult economic conditions and transform this run-down dive into a prosperous business? How to make your tavern become the topic of conversation not only for juicers and drunkards, but also rich men and nobility?”

“You will be able to freely build and expand your tavern, offer services for the guests, manage the workers, fight for prestige and renown. Only you can decide, if you want to create a natty harbor for scheming “Seers” and exquisite aristocracy, or a nasty den for thieves and assassins from the “Aviary”.”

For more details on what you can expect from the gameplay, mechanics and storyline jump over to the official crowdfunding campaign page.