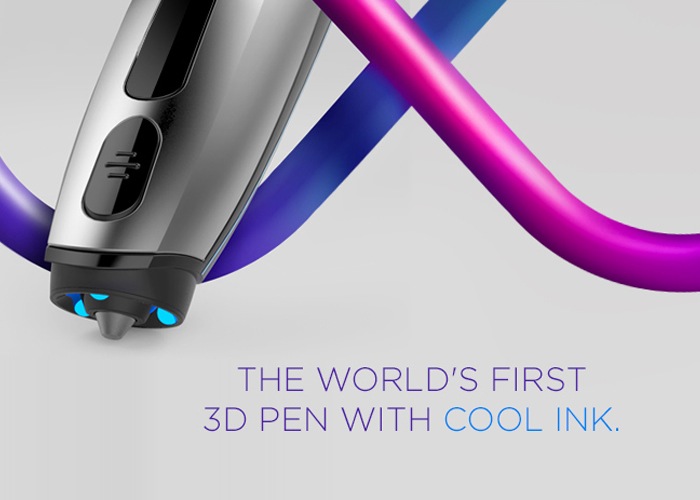 A unique and innovative 3D printing pen has been unveiled this week in the form of the CreoPop 3D printing pen that extrudes cool ink rather than piping hot plastic, making it suitable to be used by children as well as creative adults.

The CreoPop 3D printing pen can be loaded with a variety of different specialised links that can provide extra functionality such as elasticity, glow-in-the-dark, magnetic as well as payments that can be extruded directly onto the body.

Watch the video below to learn more about this very unique and innovative next-generation 3D printing pen, that will soon be launching over on the Indiegogo crowd funding website and will be available to purchase for just $89 to early adopters. 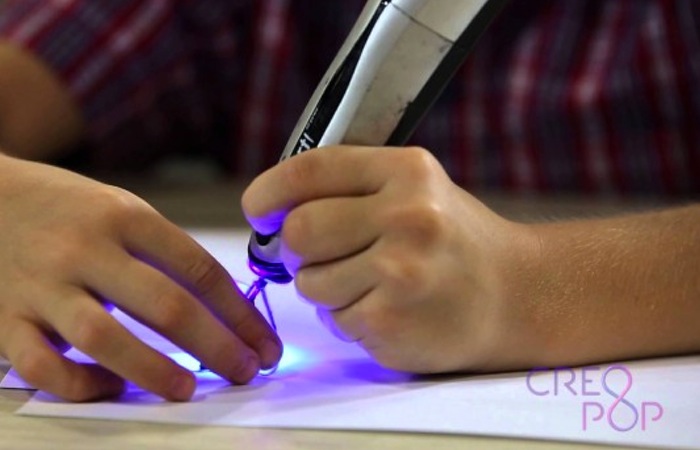 The creators of the CreoPop 3D printing pen explain a little more about the creation and the inspiration behind it:

“CreoPop lets you draw three-dimensional objects with ease. Just press the button and create any shapes you like. There are no hot parts so CreoPop is safe for both adults and children. The possibilities are endless. Let your imagination flow.

CreoPop uses light sensitive ink that is solidified using the built-in UV light. There are no hot parts, no melting plastic and no bad smell. Changing ink takes just a few seconds.”

For more information on the new CreoPop 3D printing pen jump over to the CreoPop website for details.