Creative has added a new MP3 player to its range with the launch of the Creative Zen X-Fi2.

The Creative Zen X-Fi2 features a 3 inch touchscreen display, with 262,000 colors, it measures 4 inches long by 2.2 inches wide and is just 0.4 inches thick. 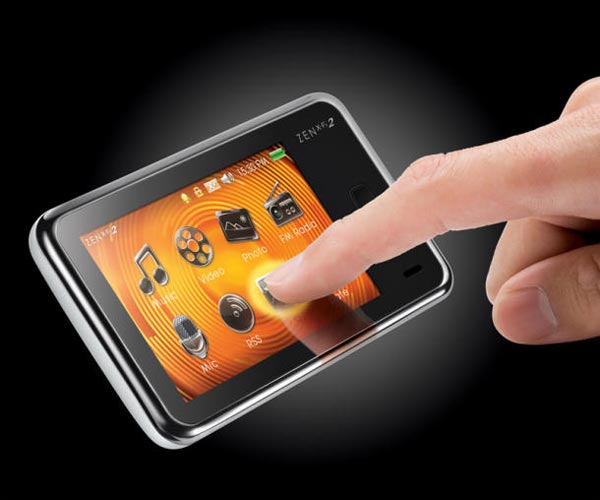 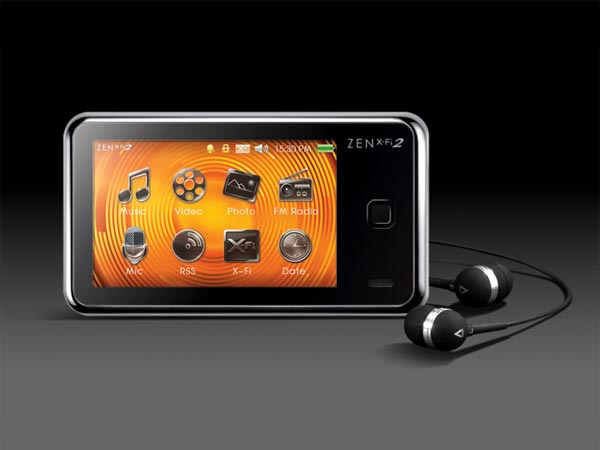 Other specifications include TV out, and the most notable part of the new Creative Zen X-Fi2 is that the menu is in landscape mode rather than portrait mode like most of the PMPs available today.

The Creative Zen X-Fi2 can support a variety of audio and video formats, including MP3, WMA, AAC and FLAC, plus WMV9, MPEG4, DivX and XviD, plus it can display photos in JPG and BMP formats.

Another interesting feature is that the Creative Zen X-Fi2 will come bundled with pre-loaded content, including an audio book and nine eMusic tracks.