If you are a fan of media players and digital audio players, you may have heard of Cowon. The company is a Korean firm that has a wide range of offerings and has unveiled a new player in Korea today. The new player is called the X7 and has HDD storage. Storage with spinning HDDs in a PMPs isn’t what we typically see in new products today.

We typically see flash storage inside the things since flash takes up less space and is more robust. The upside to HDD storage is that you can get much larger storage capacities. The X7 will come in 80GB, 100GB, and 160GB versions. One of the reasons that the X7 can use HDDs is that the device is larger than many PMPs on the market. 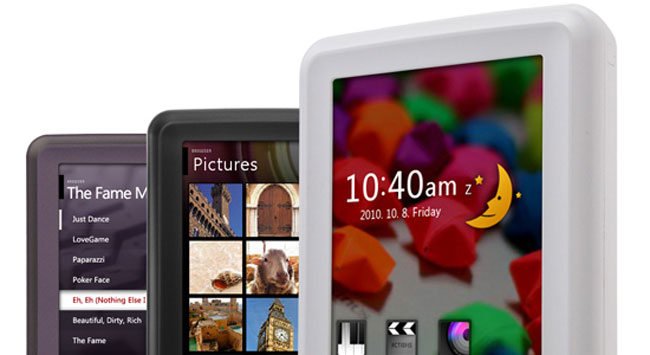 The thing has a 4.3-inch screen that is touch sensitive. Cowon failed to mention the resolution. It also features Bluetooth, a radio tuner, and video support with DivX format and presumably others too. The PMP also has TV-Out and comes with a web browser. WiFi isn’t mentioned, but a web browser would suggest that. The 160GB base model will sell for 339,000 won in Korea with pricing and availability in other countries unknown at this point.