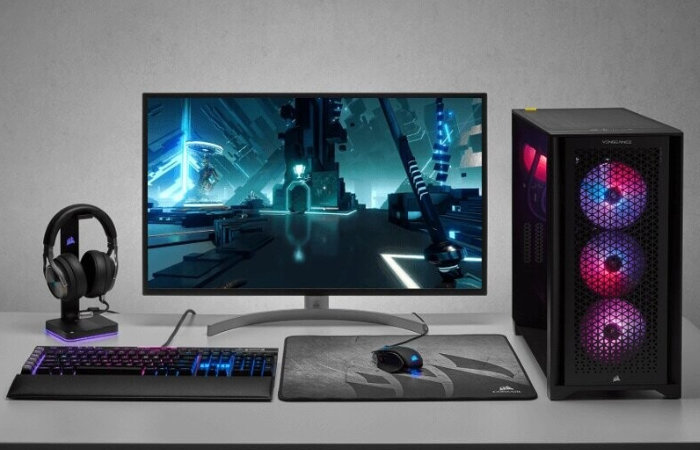 Corsair has this week introduced its new range of gaming PC systems equipped with the latest RTX 3080 Ti and 3070 Ti graphics cards taking the form of the Corsair Vengeance i7200 Series which are now available to purchase both from the official corsair website and corsairs network of authorised worldwide retailers and distributors. Powered by Intel CPUs the PC systems are enclosed in the Corsair 4000D AIRFLOW mid-tower cases and offer 4K resolutions together with high-capacity M.2 NVMe SSD offering up to 2 TB of storage for games and media. Unfortunately, no information on pricing or worldwide availability has been released as yet, but expect more details to be published to the official Corsair website very soon.

“VENGEANCE i7200 graphics are now driven by the newest GPUs in the NVIDIA GeForce RTX 30-Series: the GeForce RTX 3080 Ti and 3070 Ti. With Ampere architecture, and even more CUDA cores than their non-Ti counterparts, RTX 3080 Ti and 3070 Ti render fantastic 3D visuals at blazingly fast speeds. Integrated NVIDIA DLSS 2.0 AI technology boosts frame rates, producing silky-smooth image quality even when playing at maximum detail at 4K settings. These powerful cards are accompanied by Intel Core processors, available in configurations up to an Intel Core i9-10850K. Equipped with these leading-edge chipsets, the VENGEANCE i7200 Series delivers the hyper-fast frequencies and processing power to push the limits of extreme gaming, streaming, and more.