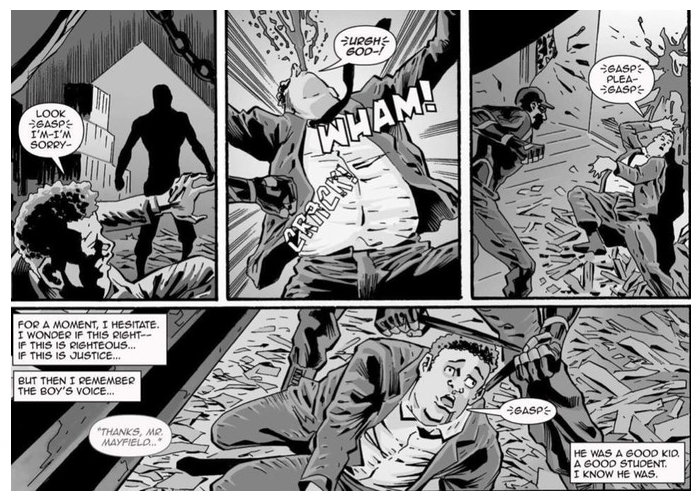 GNOSIS Entertainment has launched a new Kickstarter campaign and already raised the required pledge goal thanks to over 110 backers still 11 days remaining to bring their new ruban fantasy comic book series, Cornrows issue one to life. Watch the Kickstarter video below to learn more about the comic book series about a teacher who attempts to avenge the death of a former student is a masked vigilante.

“The story follows Theo Mayfield, a high school P. E. teacher, as he sets out to avenge the death of his former student, Malik Williams. With no one doing anything, Theo has decided to take matters into his own hands. Donning a mask, low-brimmed hat, and dark clothing, Theo sets out on the road to revenge…”

“Cornrows: There Are No More Heroes is a new urban fantasy comic book series written by Brian Hawkins and features artwork from Marcio Loerzer, inking from Adriana Abreu, gray tones from David Fox, and lettering by Guido Martinez. The first issue, which is Part I of the series, is set in Baltimore, Maryland where the death of a young man has riveted the city. If you’re a fan of the hit HBO series, The Wire, or Daredevil, or The Punisher (maybe all three), you’re going to find it thrilling to follow our masked vigilante through the streets of B-More. “

Pledges are available from just $5 for the digital download of the first issue of Cornrows.