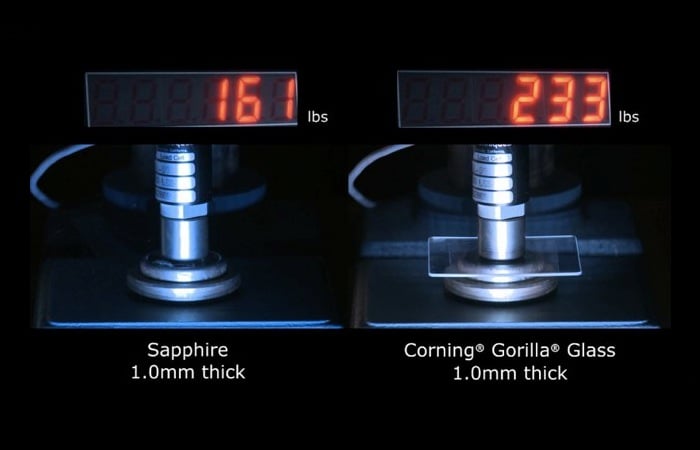 The new iPhone 6 is rumoured to be fitted with a Sapphire glass protected front screen once it is officially launches later this year. However Apple has been using the new Sapphire glass for the iPhone 5s camera sensor protection and Touch ID sensor cover.

Over the past months there has been plenty of speculation and rumours which have been comparing both the the strength and scratch resistant properties of Gorilla vs Sapphire glass technologies, and this week Gorilla glass manufacturer Corning has released a new video comparing both glass together in a pressure test.

“Apple announced late in 2013 that it was planning to open a sapphire glass manufacturing facility in Arizona — employing 700 people, and capable of churning out between 100 million and 200 million iPhone displays each year.

GT Advanced Technologies will own and operate the required furnaces and equipment, for what is rumored to be the screens for the forthcoming iPhone 6, but may turn out also to refer to Apple’s iWatch.”