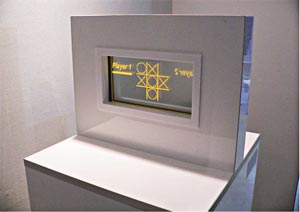 The double sided touch screen display features transparent inorganic EL panel technology, and it can be used on both sides at the same time. 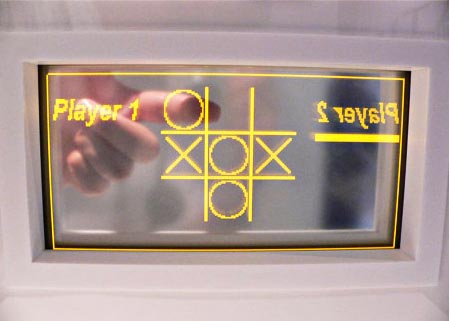 The amount of applications this technology could be used in are huge, from mapping software to gaming.

This interesting double sided touch screen display also feature similar technology to that of the Apple iPhone and it even has the same pinching function built in to the touch navigation.

There is no word on when this technology will be released in consumer devices, but I am sure it won’t be long before we see a new version of Battleships using this interface.