If you are in the market for a smartwatch but don’t fancy waiting for the major manufacturers such as Intel to launch their own, you might be interested in two new smartwatch designs that have been created by ConnecteDevice in the form of the Cogito and Cogito Pop smartwatches.

The latest smartwatch’s by ConnecteDevice follow-on from last year’s launch of the ConnecteDevice CooKoo, and now combine an analog watch face with digital notifications. 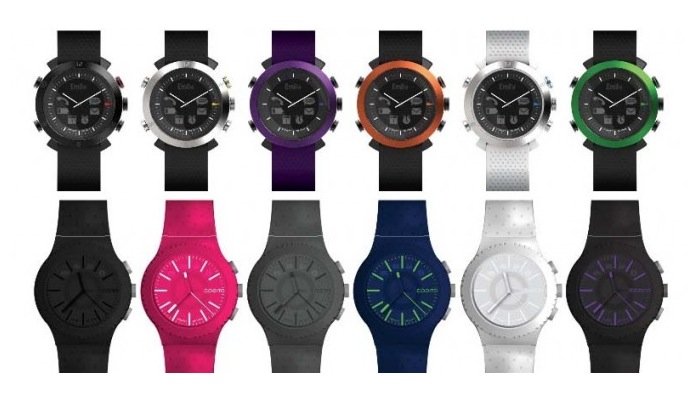 ConnecteDevice explains in their press release : “COGITO and COGITO POP are meant to be an extension of the phone, not a duplication of it. This is an important distinction,”-“When linked with the app, the watches allow users to customize settings based on their priorities and select which notifications they need. Less is more. Most users do not want, or need, full phone functionality on their wrists.”

COGITO brings together the power of a connected watch with the sophistication of a precision-crafted timepiece. Designed for the busy, social and fashionable crowd, COGITO merges classic analog movement with a lucid digital display. When linked with the smartphone or tablet app, COGITO allows users to cut through the digital noise by customizing settings based on their priorities and selecting which notifications will appear. On the watch face, users can see who is calling or messaging, and decide whether to answer or mute it. COGITO frees users from continually checking their phones.

COGITO POP collection offers a connected twist on the fashion watch, blending vibrant colors with wireless connectivity. Created for maximum mainstream appeal, COGITO POP combines fun and functionality to make the smartwatch more accessible to a larger public and a more natural experience for the user. LED icons on the watch face can alert users when they have a call, an email or a message on social media sites including Facebook, Twitter, WhatsApp and more. The easy-to-use interface lets users manage not just calls, but also trigger their camera, control their music and locate their phone.”

The Cogito smartwatch is available to purchase for $179 and Cogito Pop smartwatch is priced at $129. During CES this week Intel CEO unveiled their new Intel smartwatch prototype as well as a new mini PC the size of an SD card called the Intel Edison.