I rarely work on a notebook, mostly because I rarely travel but also because I don’t like working from a notebook, I need a big screen. When I do work on the road, I like a notebook to be thin and very portable. A Compal reference design for coming AMD Trinity APU based machine was on display at a recent AMD financial analyst day. 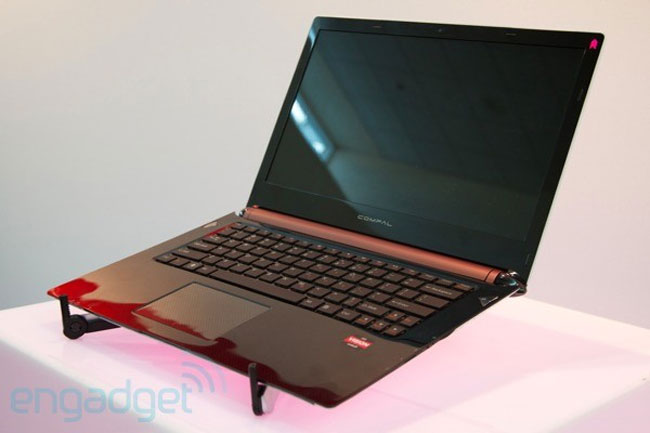 The machine is impressively thin and looks really cool. Apparently, there’s some question as to which Trinity versus inside the machine, it could be either a 17W or a 25W part. What we do know for sure is that the thing has a thin 18 mm profile and this is apparently a one-of-a-kind prototype. This is good news considering it is said to be very flimsy and flexes a lot.

Despite how thin the little machine is, it has all the connectivity which would expect with a couple USB 3.0 ports, HDMI out, and mini-DisplayPort output as well. The best news is that the computer is said to sell in the $500 to $600 range making it about half the price of an ultrabook from Intel.