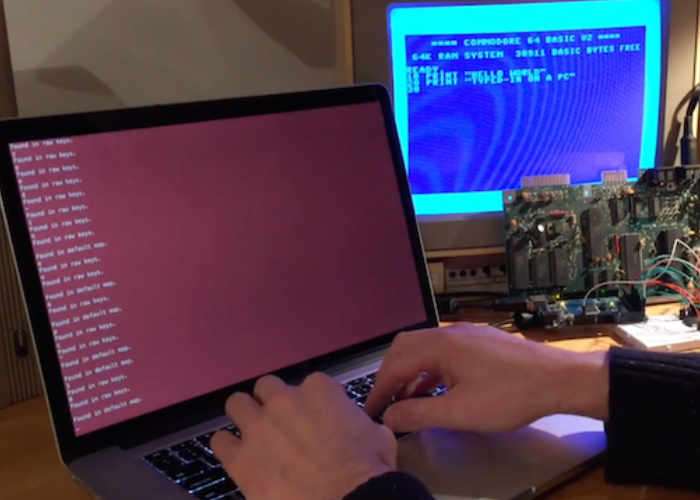 Adam Podstawczynski has created a new Arduino powered project which is capable of emulating a Commodore 64 keyboard on a modern PC, enabling keystrokes to be translated to character inputs on a C64.

Watch the video below to learn more about the project which runs a Python script on a PC, Mac, or Linux computer and maps the Common door keys to a series of binary digits.

An Arduino Mega-development board has been used which receives data sent to it via USB and uses an “MT8088 crosspoint switch to interface with the mainboard of a C64, allowing for hardware keyboard emulation”, says the official Arduino blog. For more details on the Arduino project jump over to the official Podstawczynski’s project  website via the link below.