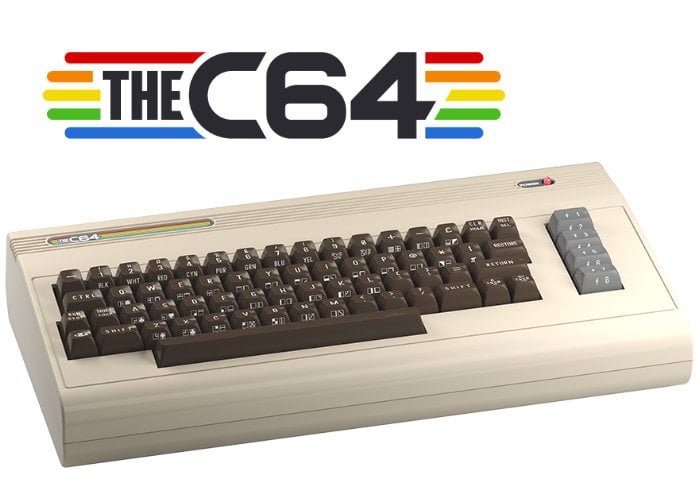 If you would like to enjoy some retro computing you may be interested to know that THEC64 retro Commodore 64 computer is now available to purchase throughout Europe. The rebuilt Commodore 64 computer includes three switchable modes that allow you to enjoy C64, VIC 20, and Games Carousel and comes pre-installed with classic games as well as allowing you to load your own programs with multi disc support.

After a successful Indiegogo crowdfunding campaign the retro computer is now appearing in stores throughout Europe, although no details on availability elsewhere has been announced as yet.

Features of the new Commodore 64 computer

– The C64 is back, this time full-sized with a working keyboard for the dedicated retro home-computer fan.
– Featuring three switchable modes – C64, VIC 20, and Games Carousel.
– Connect to any modern TV via HDMI for crisp 720p HD visuals, at 60 Hz or 50 Hz.
– An updated joystick, now featuring micro switches, companions the hardware making the included games even more fun than ever.
– The Games Carousel has 64 pre-installed games including classics such as California Games, Paradroid and Boulder Dash, with new additions like Attack of the Mutant Camels, Hover Bovver, Iridis Alpha, and Gridrunner.
– Topped off with the recently released shoot ’em up Galencia and text adventure Planet of Death to let you relive the glory days of true keyboard gaming!
– Plus, THEC64 allows you to load and save your own files and games via USB stick (including multi-disk titles) and program in C64 or VIC 20 BASIC. 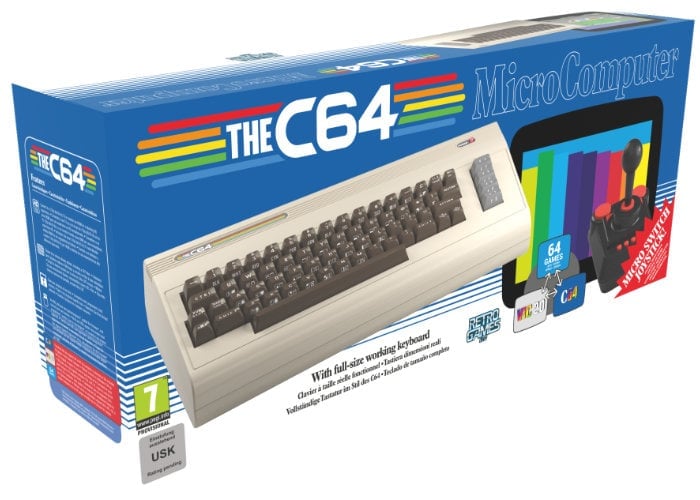