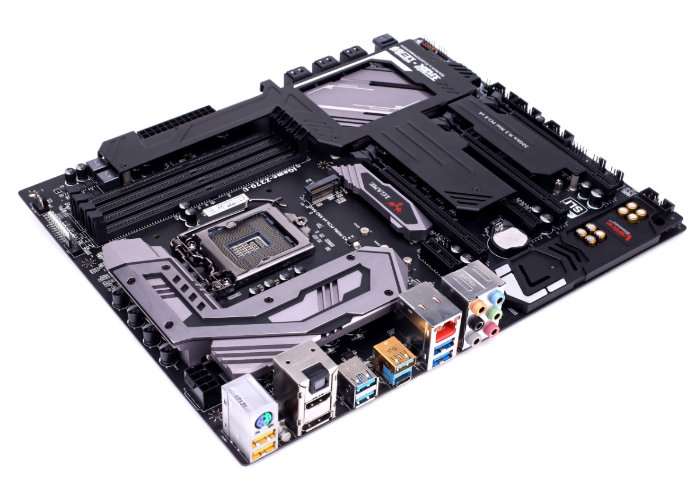 Colorful has unveiled a new motherboard created specifically for the gaming community, taking the form of the Colorful iGame Z270 Ymir U motherboard, expanding the iGame series of motherboards previously unveiled during Computex 2017.

Unfortunately, no information on pricing or worldwide availability has been released as yet by Colorful, but as soon as information comes to light, we will keep you updated as always.

Features off the new Colorful iGame Z270 Ymir U Motherboard include:

iGame Z270 Ymir U features Metal Overlap Armor including of metal armor, dual colors overlap, and GamerVoice2.0 Audio system. After a level-up to 2.0 version, RGB lighting of GamerVoice will dance according to the music, then you can adjust the mode in BIOS. GamerVoice features independent audio card and alternative audio chip, so that customers can change more professional chip instead. Advanced audio circuit segmentation technology and the costly material can drive headphones with 600Ωresistance.

This motherboard equips with unique technology that only iGame can bring- Silver Plating Technology. The antioxidative and stability of copper plating are far from Silver Plating for PCB. After the improvement and testing, the product can maintain millions of fast flection because each touch point is plated with silver between component and PCB circuit layer. Besides, it will increase stability and filter ripple wave’s noise in overclocking which is 2 times of copper plating. This technology was put into market via iGame graphics card, and get much attention, featuring a “Silver Plating”.

Dual M.2 Slots support M.2 SSD and also provides 32 Gb/s date transmission speed. M.2 has more powerful storage performance than mSATA or SATA 3.0. This slot design optimizes the use of PCB space to install more components without wasting any spaces. Two yellow USB ports on the left are specially design for eSports. Fintek F75503 and Fintek F75501 were added near mouse and keyboard to optimize game devices, then provide the best connectivity as well as maximized game performance. Let the mouse move faster and more smoothly in games.