To celebrate the first birthday of Coca-Cola.FM a clever and very unique advert was created that will potentially transform any magazine into a smartphone amplifier.

Capricho Magazine subscribers received their magazine, which they only need to roll up and plug into their smartphone to enjoy the amplified sounds. Watch the video after the jump to see it in action. 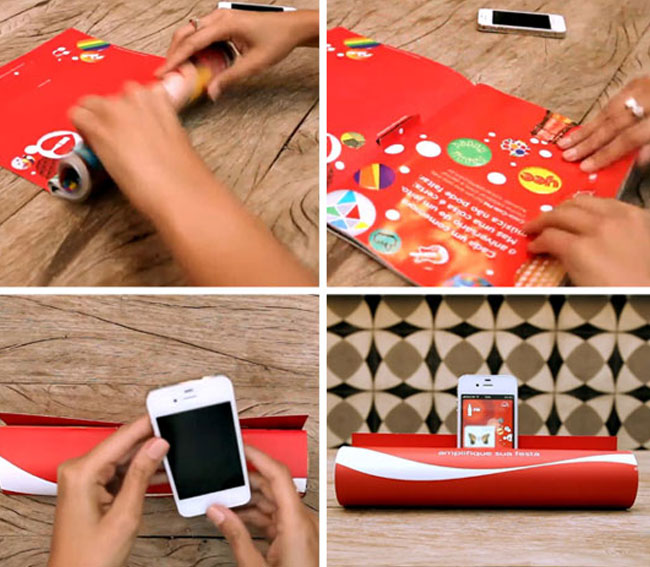 The clever promotion by Coca Cola was run in South America, and could be used in any magazine to transform it into a passive amplifying speaker for a smartphone. We haven’t been able to give the magazine a try at the moment, but if you have, let us now how well it works in the comments below.