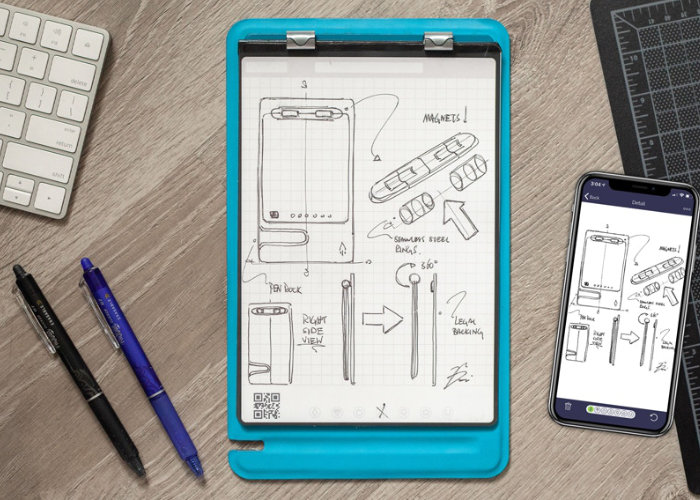 After raising over $480,000 via Kickstarter thanks to over 10,000 backers the Rocketbook Orbit cloud connected notepad is coming to the end of its crowdfunding campaign trail on Kickstarter.Pledges are still available from $29 or roughly £25, but don’t delay as only 38 hours remain on the campaign. 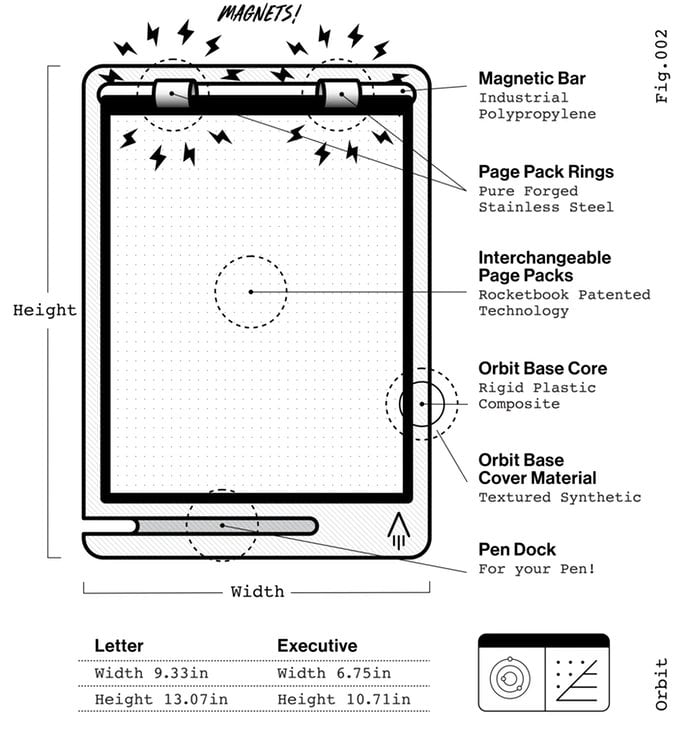 “Is there anything more wasteful than legal notepads? (Before you answer, remember you are under oath). The original legal pad design hasn’t been revisited since 1888! No wonder it’s the 21st century and the most widely-used writing surface can’t connect to the digital universe and is a doomsday device for trees. The pen and paper notepad of the future is reusable, customizable, modular, and connects with your favorite cloud services Legal pad users everywhere should be held in contempt! Until now. The Rocketbook Orbit is an endlessly reusable, customizable, cloud-connected pen and paper notepad.”

“The Orbit uses patented Rocketbook reusable pen and paper technology and is forged with a hard plastic composite with a textured synthetic outer layer so the vessel that protects your notes will last for lightyears to come.”