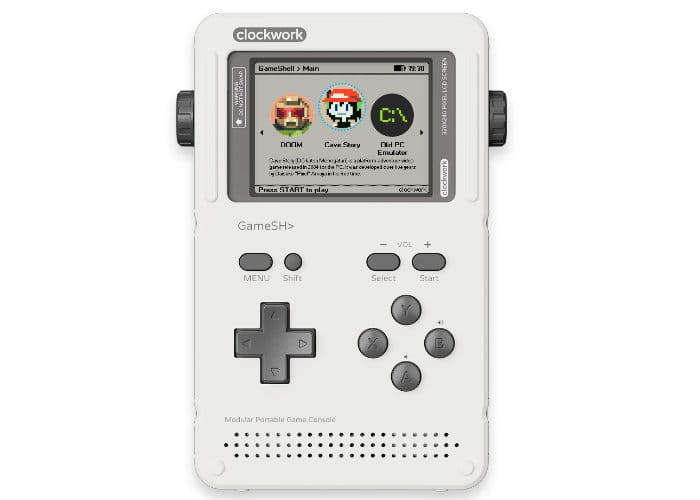 Over the past few weeks the team behind the successful DIY modular pocket games console the Clockwork Pi have been shipping out the consoles to Kickstarter backers. If you having quite received yours yet or are considering making a purchase you might be interested in the hands-on and and boxing video created by Brad Linder from the Liliputing website. The GameShell features a 1 GHz Allwinner R16 ARM Cortex-A7 quad-core processor with Mali-MP2 graphics, 512MB of RAMAnd connectivity provided by support for both 802.11b/g/n WiFi and Bluetooth 4.0. 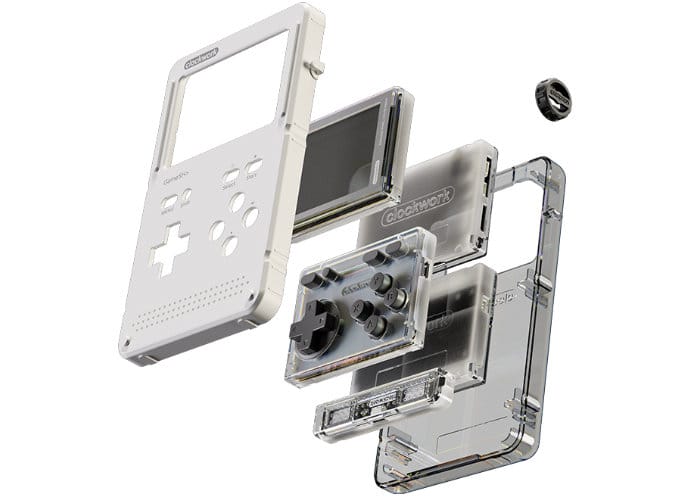 The small pocket games console is easily constructed and comprises of four modules, battery, controls, screen and processor all of which fit neatly inside the casing and can be easily removed modification or upgrading at a later date. The pocket games console is completely trackable and will accept a wide variety of different game emulators allowing you to play your favourite retro games.

“GameShell is the world’s first modular, portable game console with a GNU/LINUX embedded operating system. It allows you to play thousands of classic games from Atari, GB, GBA, NES, SNES and many of history’s greatest consoles. GameShell uses the powerful LINUX operating system and every game published on it will be free, open-source and modifiable. We have included two classic games – Cave Story and DOOM1 in GameShell and there will be more free games included in future.”

For more information and purchasing options jump over to the official Clockwork Pi website by following the link below. 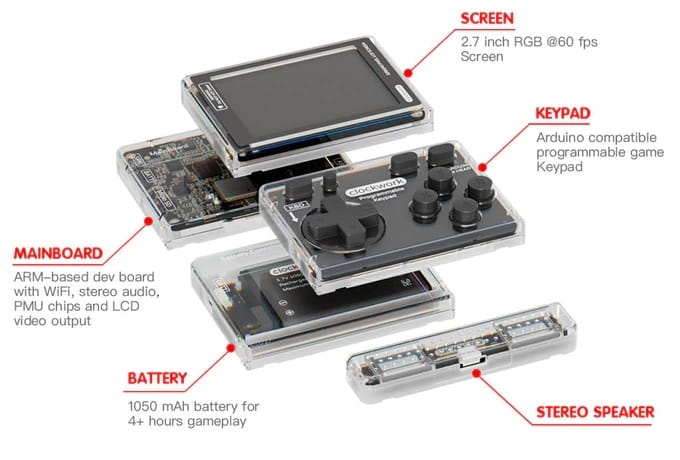