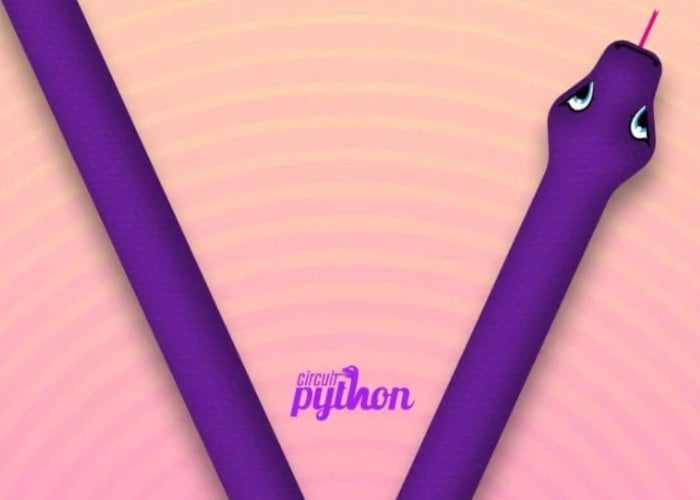 “5.0.0 is the latest major revision of CircuitPython. It features many improvements and enhancements to displayio, including grayscale OLED and e-paper displays, extensive additions and improvements to BLE support, support for the STM32F4, iMX RT10xx and Sony Spresense microcontrollers, and PWM audio support. “

– Add BLE bonding. Thanks @dhalbert.
– Fix tuple subscripting regression. Thanks @rhooper.
– STM32: Fix I2C and clean up busio. Thanks @hierophect.
– Make buffer handling more robust for urandom. Thanks to @jepler
– Updates for Capable Robot USB Hub. Thanks @capableRobot.
– mimxrt1011 updates. Thanks to arturo182.
– Add Dxx pin names to Feather M4 Express. Thanks @scs217.
– Spresense: use source files instead of preocmpiled binaries for mkspk. Thanks @kamtom480.
– Spresense: fix board_timerhook. Thanks @kamtom480.
– Use Python 3 to run all Python scripts. Thanks @theodox.
– Fix support matrix generation. Thanks @deshipu.
– Requiring I2C pullups can now be turned off for a build. Thanks @dhalbert.