Sistel Networks has unveiled a new device at the Mobile World Congress (MWC) exhibition this week in the form of the Chubby vWand Stylus which has been designed to provide users with the ability to add NFC support to your Bluetooth smartphone tablet which might not be NFC supported itself. 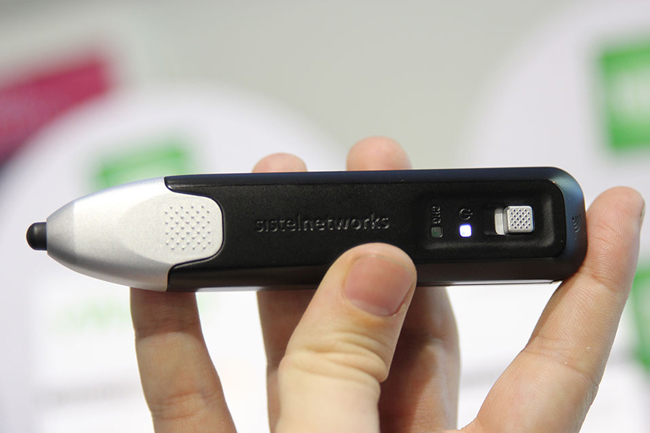 The new Chubby vWand Stylus combines both a capacitive stylus together with a Bluetooth compatible NFC adapter, which once paid with your smartphone tablet allows you to write data to other NFC devices.

The Chubby vWand Stylus is still under development and is currently targeting businesses including healthcare retail and logistics and so unfortunately as a consumer you won’t be able to link up your iPad or other non-NFC devices in the short term.