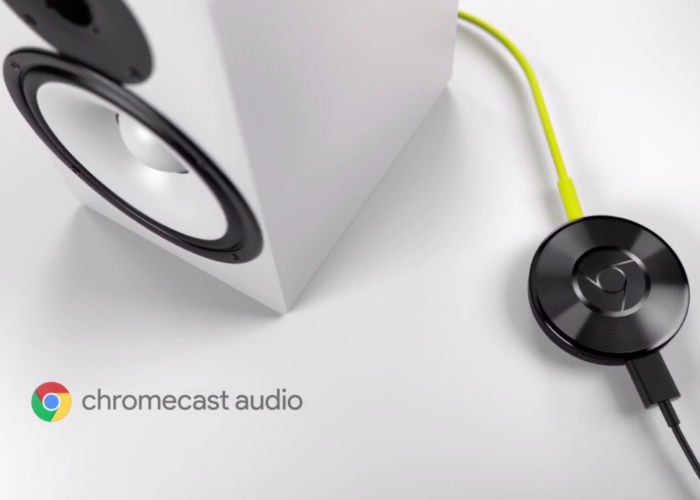 Google has this week confirmed rumours that it will be ceasing production operates Chromecast Audio dongle. Previously available during last year’s Black Friday deals and discounted by Google to just $15. The Google Chromecast Audio was designed to provide an easy way to connect your favourite speakers directly to your Bluetooth device enabling you to stream music from online services such as Google Play Music, Deezer, Spotify and more.

Although Google is ceasing production of the Chromecast Audio it will continue to provide support for current and future customers, if you’re thinking of picking one up at a discounted price in the near future, before stocks run out.

“Chromecast Audio plugs into your speakers so that you can stream music from your device over Wi-Fi. Use your iPhone, iPad, Android phone and tablet, Mac and Windows laptops or Chromebook.² Listen to music how it was meant to be heard. Chromecast Audio supports lossless high-resolution audio, which is even better than CD-quality sound. Tap the Cast button from music apps to instantly start playing on your speakers. Search, play, pause and more right from your device² — anywhere in the house.”

More details on the Chromecast Audio dongle which Google will no longer be producing jump over to the official Google store while the hardware’s webpage exists.