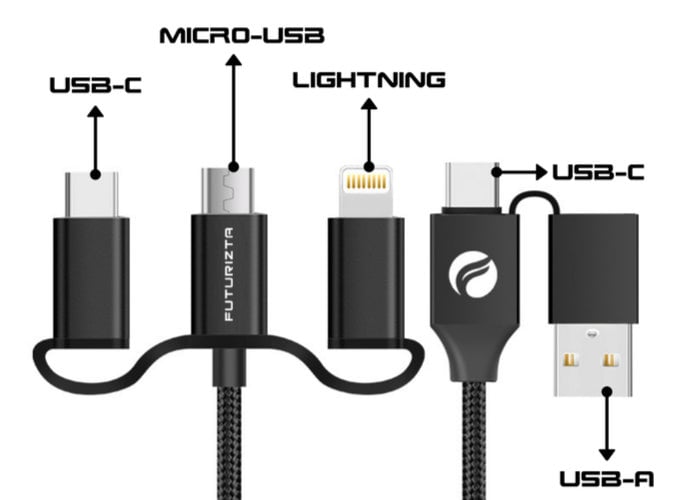 A new charging cable has been designed by Futurizta Tech based in Sydney, Australia. Providing a multifunctional charging cable that is clear to say is capable of charging 99% of the gadgets currently on the market. Equipped with USB-C, Micro USB and Lightning together with USB-A and USB-C connections. Watch the demonstration video below to learn more.

Pledges are available from $27 and worldwide shipping is expected to take place in just a couple of months time during July 2019. The cable measures 1m in length.

“The design of Chimera USB Cable is simple yet doesn’t mean you get less. Attached to one end are Lightning, USB-C and Micro USB as well as USB C and USB C-A on the other end. USB-C is dubbed as “USB standard of the Future” meaning that it will become a commonly used interface in the future. It is currently implemented in latest gadgets such as Apple’s Mac book, Samsung’s Galaxy Smartphone, Google’s Chromebook, Sony’s Headphone, GoPro and more.”