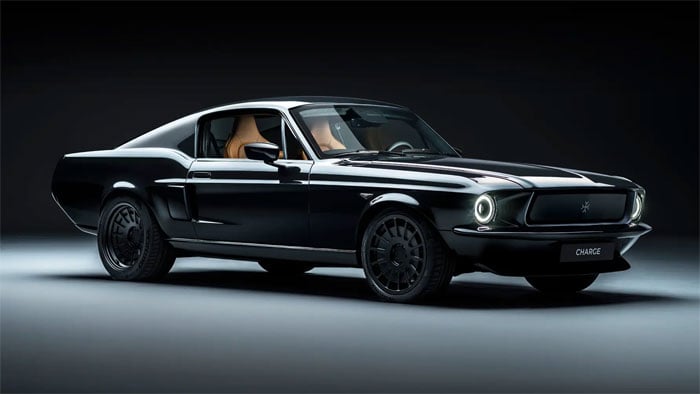 One of the most desirable classic cars in all of the world is the Ford Mustang. There aren’t all that many original 1967 Mustangs left on the market. Charge has revealed a new fully electric version of the 1967 Mustang, and purists will be glad to hear that it’s not made from original Mustang bodies.

Instead, Charge utilizes fully licensed reproduction bodies to build their brand-new electric Mustangs. The company plans to produce 499 of the vehicles using a shell based on the 1967 Fastback, arguably the most desirable version of the Mustang. Rather than a throbbing V-8 under the hood, the Charge Mustang has a 64 kWh battery pack working to produce around 536 horsepower from the vehicle’s electric motor.

The vehicle produces a gargantuan 1106 pound-foot of torque. Charge says the car reaches 60 mph in 3.9 seconds and can drive 200 miles per charge. Each car will be hand-built in London to the buyer’s exact specifications. The outside looks like pure, albeit customized, 1967 Mustang. The interior is like nothing seen in the 60s. Each version will start at £350,000. Depending on the conversion rate, the price is around $450,000. You could probably buy an original 1967 Shelby Mustang for less.