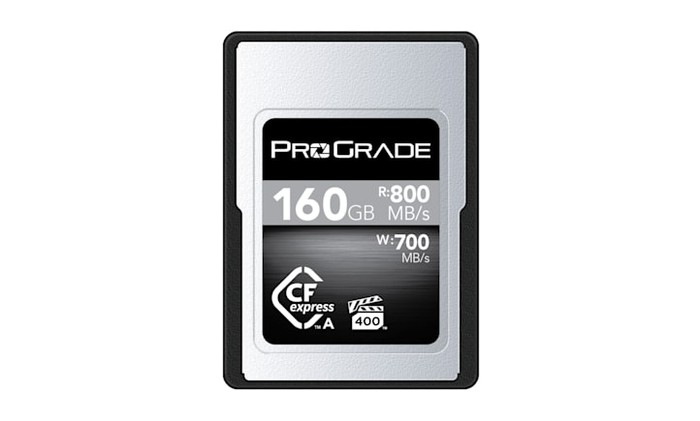 ProGrade has this week introduced its new CFexpress Type A Cobalt camera storage card to complete with the recently launched CFexpress Type A memory cards from Sony offering 700MB/s read and 800MB/s write speeds. The new ProGrade 160GB CFexpress camera cards offer similar speeds that are $70 cheaper than Sony’s 160 GB card and are now available to purchase priced at $330.

In comparison the new CFexpress Type A uses the same high-speed CFexpress technology as the type B cards, considerably faster than the SD UHS II cards providing 300MB/s read/write speeds although slower than the professional CFexpress Type B cards offering a massive 1,750MB/s read and 1,000MB/s write. Delkin is also apparently developing a camera card which will also compete with both Sony and ProGrade expanding the market even further.

“Designed for emerging mainstream imaging applications, the 160GB CFexpress Type A Cobalt Memory Card from ProGrade Digital provides read speeds of up to 800 MB/s, which helps to quickly offload content to your computer, and write speeds of up to 700 MB/s. Additionally, the Cobalt’s minimum write speed is guaranteed not to drop below 400 MB/s, which allows for the uninterrupted recording of a wide variety of codecs, including raw 4K video, 4K and 6K ProRes 4444, 4K, 6K, and 8K ProRes 422 HQ, and more. “