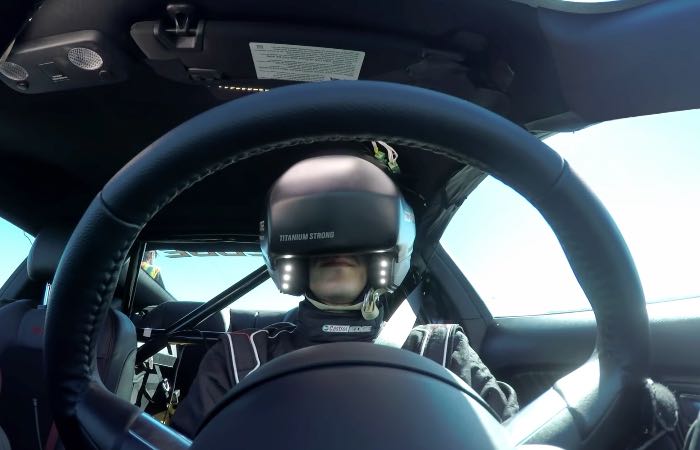 Expert driver Matt Powers has been fitted with a virtual reality helmet to take part in a system created by Castrol EDGE that combines real-life driving and virtual reality scenes.

Castrol EDGE has created the Titanium Strong Virtual Drift that takes the form of a trial like no other, and uses a specially designed virtual reality helmet that is combined with a real car.

Watch the video below to see Powers drive the course seeing only the digitally constructed virtual reality scenery and course. Ben Conrad, and his creative company LOGAN, handled all of the filming and special effects.  Conrad has been Castrol’s go-to director for their ongoing series of wild racing films like the recent “Blackout,” and he directed the last 4 installments of the world famous “Gymkhana” series, all definitely worth a watch if you enjoyed “Virtual Drift.”

Watch the making of the virtual reality driving course in the video below to learn more about the Oculus Rift VR technology and systems used to blend reality and VR scenery together so seamlessly.

“Virtual Drift calls on one man to take on a world-first Titanium Trial, using ground-breaking technology to push the boundaries of performance driving.

Wearing a specially designed Virtual Reality helmet, driver Matt Powers will race a real car in a menacing virtual world, while all the time driving blind to the real world.

Powers will need to rely on his instincts and the performance of his vehicle like never before to survive the virtual course and escape the world, in this ultimate demonstration of man and machine in sync.”