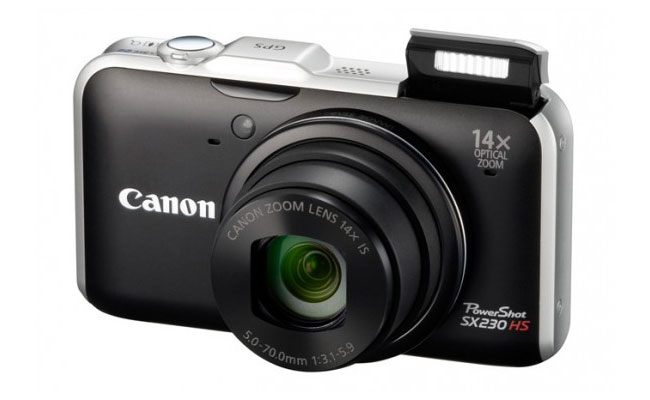 The Canon PowerShot SX230 28mm lens with 14x zoom and optical IS, and a 3.0-inch PureColor II G LCD as well as Movie Digest and iFrame movie modes.

The Canon ELPH 500 HS lacks any form of optical or electronic viewfinder, with all interaction taking place through its rear-panel PureColor II Touch LCD display and has a 4.4x optical zoom lens with equivalent focal lengths of 24-105mm.