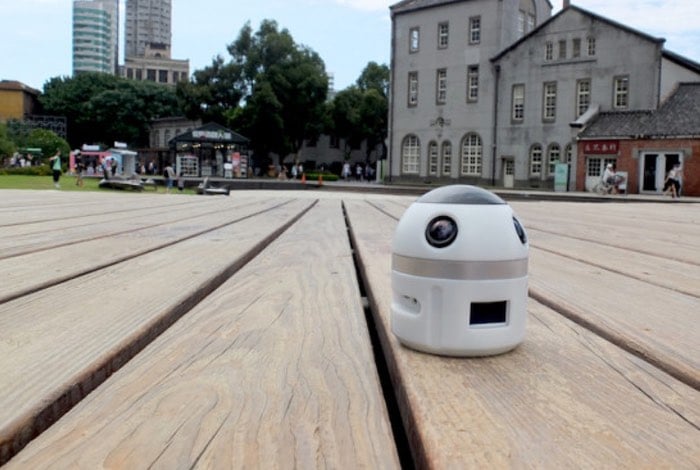 A new 360 degree camera has been launched over on the Indiegogo crowdfunding website this month in the form of CamRover, which is equipped with four cameras allowing you to easily capture full 360 degree images or video.

Watch the video below to learn more about the inspiration and design of the small portable 360° camera which is available to back via Indiegogo. With super early bird pledges starting from just $299 and shipping estimated to take place in a couple of months time during November 2016. 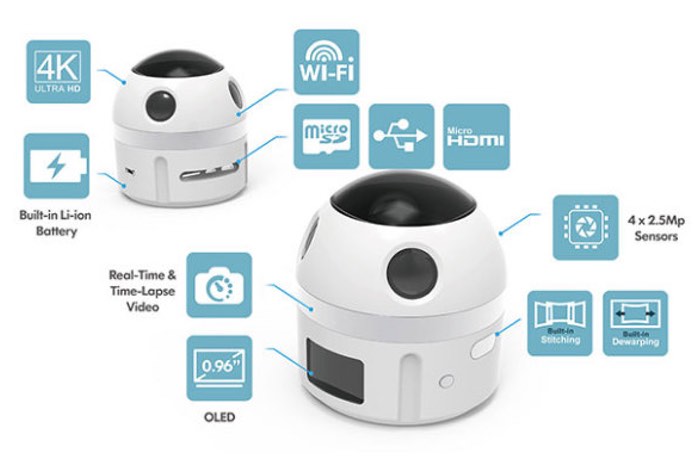 CamRover is a 360° camera designed for everyone. Ingenious, and with a simple operation, CamRover makes capturing in 360° as easy as taking photos and videos with your phone. CamRover enables you to really share these moments, allowing your friends and family to truly experience your adventures. The CamRover features an innovative design by incorporating the following two key proprietary innovations.

1. With four 140º wide-angle lens camera modules that deliver the optimal field of view, all four camera modules are synchronised to simultaneously capture, de-warp and stitch video in real time to produce a breath-taking all-around view.

2. There’s also the ability to lifestream your 360° photos and videos, and the footage is transferable to your phone or mobile device without the need to hook up to a PC or Mac first. CamRover is designed to have built-in dewarping & stitching functions. The videos and photos produced by the CamRover can be viewed on any screen without any external processing software, which allows you to play your videos and photos on any device.

Jump over to the Indiegogo website for full specifications and to make a pledge to own one of the very first off the production line.