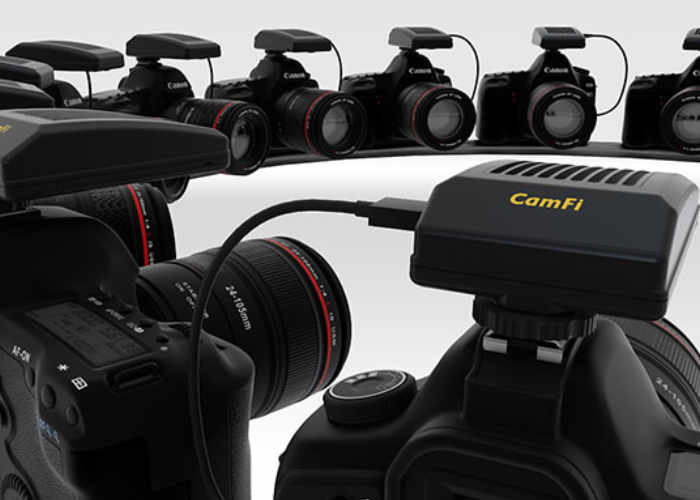 Photographers searching for a fast wireless camera controller may be worth investigating the CamFi Pro, which has launched via Indiegogo this month and offers a connection “three times faster” than the built in wireless adapter integrated into most cameras, says its developer. Watch the demonstration video below to learn more about the CamFi Pro that can help wirelessly transmit your photographs directly to your smartphone, tablet, PC or Mac system sooner is they are taken. Supporting 802.11ac wireless connectivity the CamFi Pro supports both RAW an JPEG images and allows you to selectively choose individual images you would like transfer from camera to desktop.

Mark Ma explains more about the inspiration behind the CamFi Pro wireless camera transfer system he has created.

As a professional photographer, you may need show the images to your client while you are shooting, print the photos as soon as you just finish the capture, or send the photos to your editors in the shortest time. But it is is too slow for using built-in Wifi of the cameras or WiFi sd card. The speed is only about 2-3M bytes/s. To send a raw file to a computer, it normally takes 10-30 seconds. Using USB cable is faster, but it is not convenient. CamFi Pro helps you to solve these problems.

CamFi Pro is the fastest wireless camera controllers in the world. It uses 802.11 ac to transfer the photos from the camera which is 2-3 times faster than most of the built-in Wi-Fi cameras and other 802.11 n wireless camera controllers. You can use iPhone, Android, PC or Mac to control your camera remotely. And you can print or preview your photo as you’re shooting. It supports Canon, Nikon, and Sony. And it is the only 802.11 ac wireless tether solution for Sony cameras in current market. CamFi Pro will save you a lot of time when transferring the images and avoid shooting from an awkward pose, boost your productivity.

Jump over to the official Indiegogo crowdfunding campaign page where pledges are available from $199 and shipping is expected to take place during February 2018 full goes well.