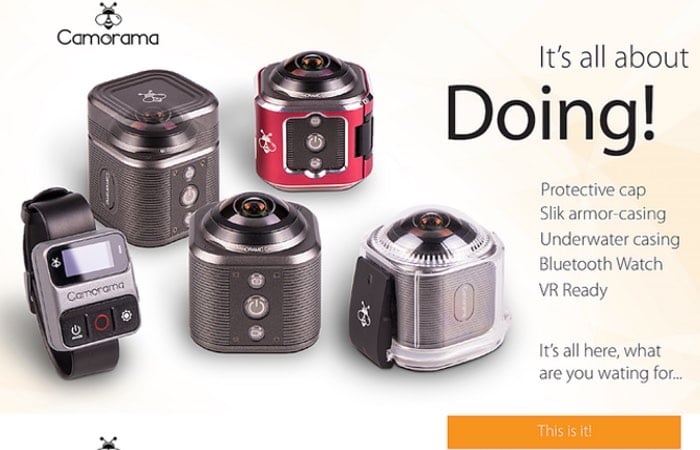 Camorama has this week launched via Kickstarter with the aim of raising $30,000 over the next 45 days to go into production. Features of the 4K action camera include the ability to capture 90 minutes of footage in 4K Ultra HD.

Check out the video below to learn more about the action cameras features and capabilities. Once you have captured your 4K virtual reality 360 video can then be viewed using either VR goggles or ultra HD TVs. Its developers explain a little more:

The future is here. Now let’s have some fun with it! You’ve heard about Virtual Reality. You’ve probably heard that Facebook and Youtube now support 360-degree videos. You’ve seen Google street-view. Now you can be a part of the future. Get ready to be amazed. We have been working on the easiest to use, most portable panoramic camera in the world. Previously reserved for professional photographers, Camorama brings 360-degree video shooting to the masses bringing 4K quality and significantly lowering the price of entry.

Get ready to be stunned if you haven’t seen 360-degree videos yet.

– Take amazing 4k detailed pictures and share instantly on social media. See an example here.
– Capture breathtaking 4K Ultra HD video memories of your life and enjoy full immersion viewing
– Go Virtual reality and watch with your VR Goggles.
– Edit a movie in many compatible software to show your audience only the angles you want them to see
– Livestream directly in 360-degree to many popular apps
– Share to sites like Facebook and Youtube