Not surprisingly Activision has already announced that they are currently in full production of the next Call of Duty game. Which will be the ninth in the series and will be arriving in November 2012.

As well as the new Call of Duty game which Activision announced during the company’s quarterly earnings call. A new Call of Duty Elite 2.0 service is expected to roll out at the same time and is currently in development by Activision. 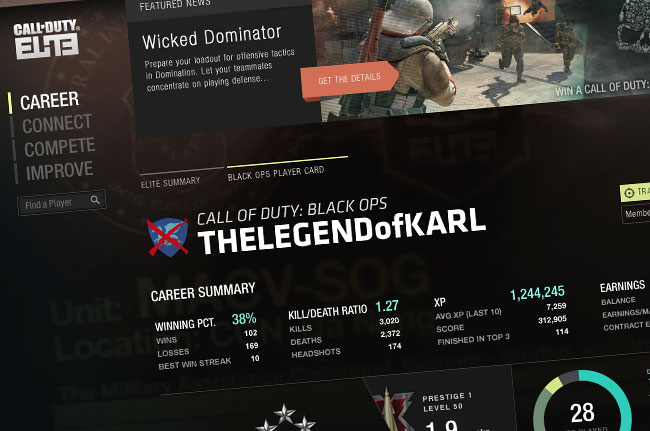 During an earnings call with Activision, they announced “we’re already hard at work on Elite 2.0, with several innovative features being developed to work hand-in-hand with our new Call of Duty release.”

Activision also revealed plans to launch the next set of “additional features in the next 60 days” for the current Elite platform. Unfortunately no more information has been released about the game or the Call of Duty Elite 2.0 service as yet, but as soon as information comes to light we will keep you updated as always.