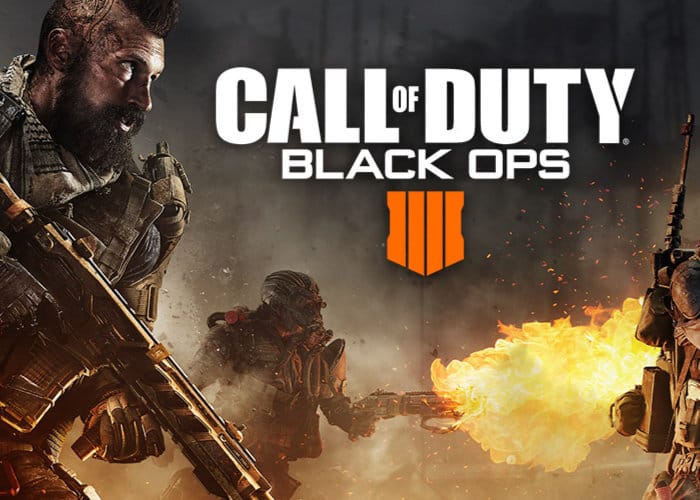 With the explosion in popularity of Battle Royal games over the last few years such as PUBG and Fortnite. Call of Duty developers Treyarch and publishers Activision, are now looking to cash in on the Battle Royal market and have announced the release of Call of Duty Black Ops 4 Blackout Battle Royal game. Which will be officially launching later this year on October 12th, 2018 and will be available on PlayStation 4, Xbox One and PC. I wonder if loot boxes will  play a major role?

“Black Ops 4 raises the bar for Multiplayer mode that increases tactical gameplay and player choice, along with the biggest Zombies offering ever with three full experiences at launch, and Blackout. Where the Black Ops universe comes to life in a massive battle royale experience featuring iconic characters and locations from all four Black Ops games in a one-of-a-kind offering that is uniquely Black Ops”. Check out the teaser trailer below to learn more about what you can expect from the new game.

Call of Duty Black Ops 4 Blackout is now available to preorder offering those that do the ability to enter the Call of Duty: Black Ops 4 Private Beta when it is made available. The PC version of Black Ops 4 will also be available exclusively for the first time via Blizzard Entertainment’s online gaming service Battle.net.

“Black Ops 4 gives our community more ways to have fun with their friends than anything Treyarch has ever created and introduces meaningful innovations to every element of the game, including next level tactical team-based multiplayer, the biggest zombies offering yet and Blackout, where the largest map in Call of Duty history brings together the rich universe of Black Ops,” said Rob Kostich, EVP and GM, Call of Duty. “More than 200 million players have called Black Ops home, and they’ve played for more than 15 billion hours. This is an incredible community that has inspired the development team to take their innovative gameplay design to new heights.”

For more information on Black Ops 4 jump over to the official website.